ENGLAND have arrived in the Qatar desert hoping to strike black gold as they take on Iran in their opener Khalifa International Stadium on Monday, November 21, 2022.  Check out the live score here.

There is already furor over Harry Kane’s choice of captain’s armband, with FIFA threatening to book the England skipper in the tunnel.

As a result, England has agreed to DITCH the symbolic gesture.

Gareth Southgate’s side last World Cup tournament ended in agony as they lost 2-1 to Croatia in the semi-finals of the 2018 edition in Russia.

But four years from then, with a Euro 2020 final appearance in the bag too, Southgate’s men are finally looking to overcome the very last hurdle.

Kyle Walker and James Maddison are out of the first game with injuries – so they won’t feature at the Khalifa International Stadium. 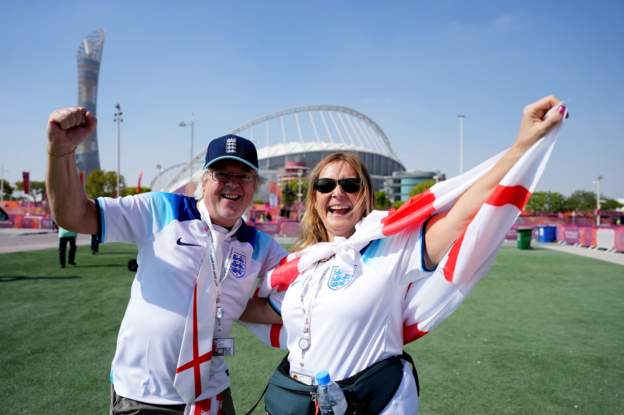 Argentina vs Netherlands live streaming and highlights: Fifa 2014 semi-final
About William Johnson 101 Articles
A keen tech enthusiast who loves to keep a tab on the tech scene, with special emphasis on things like smartphones, tablets, laptops, convertibles and such. Cars happen to be his other passion, not to mention the recent trend here comprising of electric cars and autonomous cars. Off late, he has also started tinkering a bit with stuff like electronic circuits, electric motors a bit though he's just a novice there.