According to estimates, Black Friday sales raked a record $9.12 billion from online buyers this year despite problems with inflation and higher prices.

Adobe says that online sales for electronics spiked 221% on Friday compared to an average day in October 2022, with top sellers including Apple MacBooks and watches.

What is hot desking?

The idea of hot desking in the early years is remarkable; however, it did not seem desirable for some people. As it continues to evolve in the modern workplace, developers aimed to address a few concerns about it.

FIFA 23 and Pokémon Scarlet and Violet.

Other popular items included drones, Xbox Series X, and games such as FIFA 23 and Pokémon Scarlet and Violet.

Adobe expects discounts to remain strong throughout the weekend, predicting shoppers will spend another $4.52 billion on Saturday and $4.99 billion on Sunday. Cyber Monday is expected to top Black Friday online sales, with totals reaching $11.2 billion. 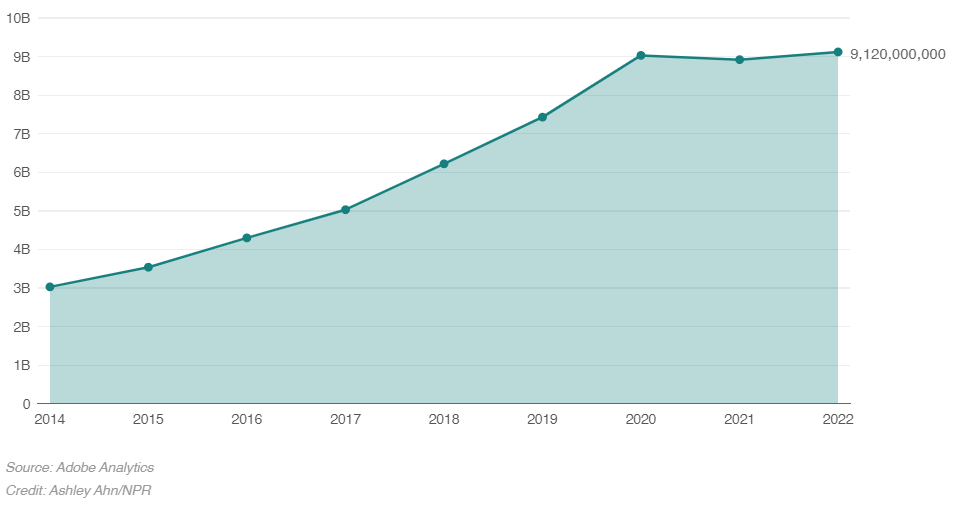 More than 166 million Americans are expected to shop either in-person or online over the five days from Thanksgiving Day through Cyber Monday.

Despite the record online spending this Black Friday, shoppers’ concerns about the economy are at the highest level since the Great Recession in 2008-2009. More than 60% of Americans said the economy was impacting their holiday spending plans, according to the NRF.

“While there is much speculation about inflation’s impact on consumer behavior, our data tells us that this Thanksgiving holiday weekend will see robust store traffic with a record number of shoppers taking advantage of value pricing,” NRF President and CEO Matthew Shay said in a press release last week.

To alleviate immediate, enormous spending, Americans are turning to buy now, pay later orders, which allow shoppers to pay through interest-free installments. Buy now, pay last orders spiked 78% this week compared to the previous week, according to Adobe. Revenue from these orders is also up 81% in the same period.

Adobe says it reaches its calculations by studying over 1 trillion visits to U.S. retail sites in 18 product categories, including bright home items, audio equipment, and toys.

After Flipkart’s $1 billion funding, Amazon to invest $2 billion in India

E-waste: Five billion phones to be thrown away in 2022

Turkish 2022 trade deficit leaps to $110.2 billion, 138% up
About Angelo Castelda 41 Articles
Angelo Castelda works as a feature writer in Asia. In his free days, he likes to read books and magazines about the latest architectural news and trends. This ultimately made him fall in love with architecture and now spends most of his time writing about it.