It’s the Maha Shivratri tonight. The whole of India has started celebrations as the festival is held in high esteem by the Hindus.

Falling on the night of  the 14th New Moon of Magha, which is the Hindu month of January-February,

Shivratri is celebrated to commemorate the night when Lord Shiva drank the poisonous drink “halahal” and came to be known as Neelkantha. 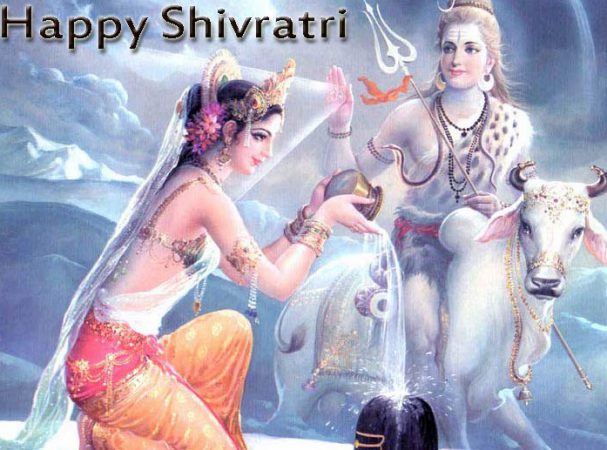 Another story relating to the festival says this was the night when he got married to Goddess Paravati . Another legend says that Shivratri is the the birthday of Lord Shiva when he came in the form of lingam.

Whatever be the tale, the amount of fervor and enthusiasm is beyond comparison. Today the temples across the country and even in the neighboring nation of Nepal, year, Maha Shivratri sees thousands of devotees thronging them.

From bathing the lingam with milk, curd, honey, ghee, and water and then decorating it with Bel fruits, betel leaves and flowers, devotees pay obeisance to the lord. Hymns and mantras reverberate every temple corridor, as devotees observe fast and pray.

Shivratri is held in high importance by married as well as unmarried women and all those who want to fulfill their wishes. Rituals continue throughout the night.

Delhi Chief Minister Arvind Kejriwal also has wished people  by way of tweet which said: “Good wishes to all of you on Maha Shivratri.”

Ganesh Chaturthi to be celebrated on September 9, 2013

Akshay Kumar to return to MasterChef India as ‘Maha-Judge’

Modi-Obama Meet: US to return 200 stolen artefacts back to India

PM of Nepal loses trust vote in Parliament; secures only 93 votes
About Sanjeev Ramachandran 147 Articles
Sanjeev Ramachandran has found ultimate joy all through his 23-year-long journalism career by writing for national and international newspapers, websites and blogs. From technology to politics to sports to entertainment, he has been able to express ideas and pen opinion pieces on whatever triggers his interest. Currently at the helm of his own content and public relations company, called Siyahi – The Content & PR People, he makes sure that he doesn’t always let administrative tasks take over his writing space.