By Reeti Garg
7845 Views
Posted In
Entertainment
Tagged as
Related

The Kannada movie “Gultoo” starring Naveen Shankar and Sonu Gowda in lead roles, was released in India on Friday, March 30, 2018. The murder-mystery movie is written and directed by debutante Janardhan Chikkanna, produced by Prashant Reddy and Devraja Ramana under the Vivid Films Banner, while the music has been scored by Amit Anand. The movie also casts Rangayana Raghu, Avinash and Dhananjay aka Dhanu in supporting roles.

“Gultoo” is mainly a murder-mystery tale. It focuses on criminal offences like cyber-crime, hacking and the dark web, but also the aftermath of such crimes. 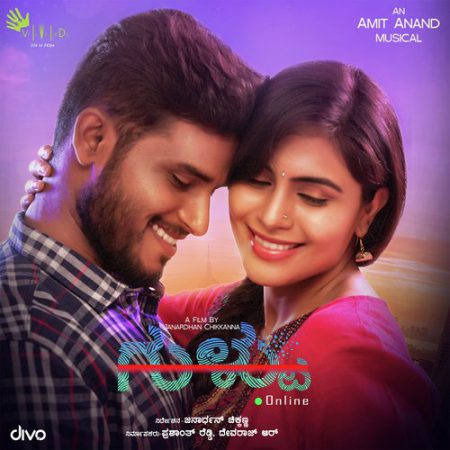 The story revolves around two aspiring entrepreneurs opening a start-up. While doing so, they fall into the vicious circle of the dark web and find themselves in an endless loop of police interrogations. The film shows the direct result of the association in such issues. The framed newbie entrepreneurs try to prove their innocence. To wriggle out of their complexities, the duo must prove their incorruptibility.

This is the first movie directed by Janardhan Chikkana, and his ideas and interpretation of the subtle nuances in the film is really endearing. There is a realistic touch to this movie, as cyber-crime is an increasing reason of worry in our daily lives. Janardhan did extensive research for the film, by combing through reports of recent incidents of cybercrimes. And although the film draws inspirations from several real-life crimes, it is not based on any real incident. This film is different from other Kannada movies, because the screenplay is not treated in the same way as in other Indian films. The director has clearly tried a singular version of three-act structure, as is ubiquitous in the Hollywood industry. Once you delve deeper into the abyss of darkness, you might find certain social messages.

The film was widely watched on the first day of its release. It is expected that it will be well esteemed by the critics. The movie has not been released in any foreign country due to its low recognition in the worldwide spectators. Lastly, the movie is a great watch for the youthful and the aged alike.

< Previous Article
“Black Panther” had the second biggest weekend of all time
Next Article >
Box-office: Salman Khan ‘Race 3’ sees a dip in collections
About the Author
Reeti Garg