Chinese Army’s presence has grown at an alarming rate at the borders and in the Indian Ocean region. China is also helping our neighbouring countries to come out of poverty in exchange for planting their military bases and ports. 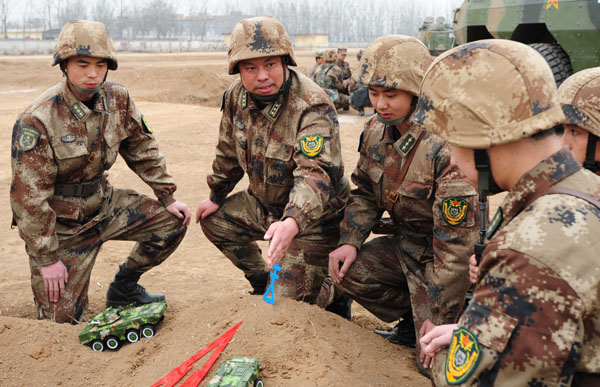 The TOI reports, China has already forged ties with Mauritius, Bangladesh, Myanmar, Maldives and Pakistan to encircle India as India has an advantage over them in the marine sector. The Communist Party of China (CPC) demands building their ports and bases on other countries’ land in exchange for this favour.

The current target of China is Sri Lanka which has already declared an emergency on food and struggling badly. Though China came to their aid, this favour has led China a lot closer to the Indian Navy’s superiority on the Indian Ocean, by which many of its crude oil businesses can be operated.

This year, Sri Lanka gave China a $12million Solar and Wind energy project in 3 islets off the Jaffna Peninsula, 50Km away from Tamil Nadu.

China is also building Colombo Port city, covering 269 hectares of land from the ocean worth $1.2billion, which a seven-member commission will govern.

Although India has also helped Sri Lanka financially in the past, the amount by which Sri Lanka came forward to help them is tremendously large. Due to these infrastructural involvements of China in Sri Lanka, it is feared that Sri Lanka will soon be a Chinese land.

Xiaomi MI5 Price in India, Review and Features
About Priyanka Pandey 90 Articles
Priyanka Pandey is a woman of words who believes the pen is mightier than the sword. She wants to bring a change in her surroundings using the power of words. She is a bold content writer who wants to follow her passion for writing and get her works published under a renowned publishing firm's name. The current news topics, especially those related to politics, are her favorite.