Pakistan cricket team is on cloud nine after crushing its arch-rival India for the first time ever in a World cup Game. In their second game of the T20 World Cup, the Men-in-Green will take on dark horse New Zealand at Sharjah on Tuesday, October 26, 2021. The match will start at 7 PM India time. Follow the live scores on CricInfo.com.

The body language of the Pakistan players against India on Sunday clearly depicted what was in their minds. A Win! Perhaps the meeting with their PM Imran Khan before flying to play the World Cup made the difference. Imran Khan made a statement before the start of the match saying his country will beat India this time. 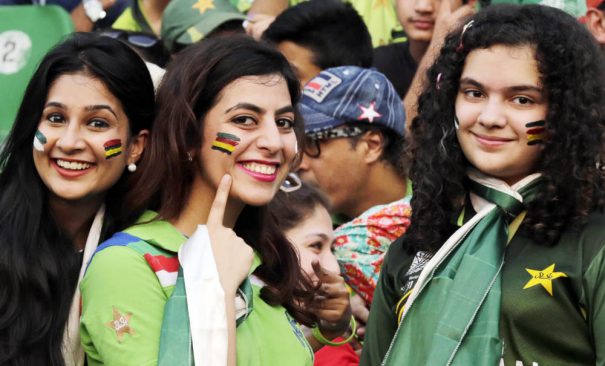 Pakistan has to quickly adjust from the highs of a historic win to play against a seasoned team that has won league matches consistently in the previous World Cups.

Skipper Babar Azam is highly unlikely to tinker with his winning combination, while the Kiwis will select their playing XI based on the conditions at the last minute before the toss.

Pakistan has the edge today as they have beaten New Zealand in three of the five T20 World Cup clashes before.

The previous match played at this venue was a high-scoring one. The fours and sixers are likely to be more than in Dubai and Abu Dhabi, considering the shorter boundaries at Sharjah.

Earlier this year, New Zealand had pulled out of the Pakistan tour, citing security issues. The Pakistanis will have this in mind while playing today. Cricinfo quoted Kane Williamson as saying, “It was a really disappointing situation. I know the team that was there were very much looking forward to the occasion and playing cricket over in Pakistan, and it was a real shame that it wasn’t able to go ahead”.

Records were broken for viewers during the India Pak encounter, with Star Sports garnering millions in views. PTV Sports will telecast the match live in Pakistan.

Viewers in India can watch the game live on Hotstar.com online.

India vs Australia 2013 schedule: Sehwag and Gambhir out, Yuvraj in

PTV Sports live cricket streaming Pakistan vs Afghanistan T20 WC match at Daraz.Pk
About Aakash Ghosh 52 Articles
Akash is a cricket player himself and loves to write reviews of the matches. He is also a Freelance Text Commentator on various cricket news websites. Akash can be reached at Aakash@panasiabiz.com.