In an interesting contest, Afghanistan and Bangladesh are playing against each other in the Group B match of the ongoing ICC Under-19 Cricket World Cup. The match is taking place at the beautiful Sheikh Zayed Stadium in Abu Dhabi. 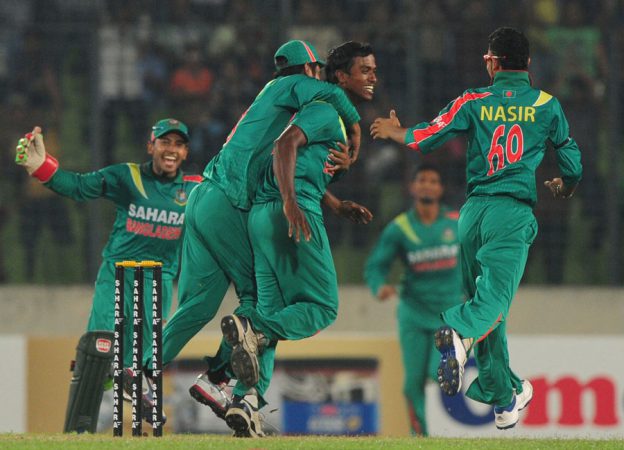 When reports last came in, the Bangladesh Under 19 team had won the toss and asked Afghanistan to bat first. Afghanistan are off to a splendid start of 52 for no loss in 10 overs.

Bangladesh led by Captain Mehedy Hasan had a great outing in the warm-ups leading to this Group B match. They defeated Papua New Guinea by a huge margin of 165 runs in Dubai and went on to shock England with a 4-wicket win at Abu Dhabi.

Afghanistan in their warm-ups were thrashed by West Indies with a 9-wicket defeat but they did win against Scotland by 3 wickets in a low-scoring affair.

The ICC Under 19 World Cup is being shown live on Star Cricket in India. Played in different parts of the United Arab Emirates, the ICC U19 World Cup has 16 teams participating. All the round robin league matches are scheduled to start at 05:30 GMT/09:30 local/11:00 IST timings.

Below are the playing XIs of the Group B match between Afghanistan and Bangladesh: