The producer Amy Pascal has confirmed to Fandango, that Tom Holland’s Spider-Man will return to the Marvel Cinematic Universe for a new trilogy of films after “No Way Home.”
This revelation has been confirmed by the actor himself. 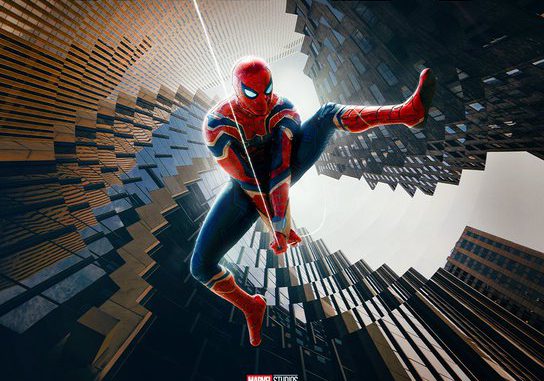 Tom Holland reveals that the new trilogy of Spider-Man will be about coming to terms with what it means to be Spider-Man. He also remarks that it hasn’t been done before.

The tickets are being auctioned at ridiculous prices. CNET.com reports, “One listing we saw had an “early viewing” ticket listed for $10,000 as a minimum bid. Others appeared to ask for even more.”

People are listing #SpiderManNoWayHome movie tickets for $25,000 on EBAY… pic.twitter.com/OEKdjgKMIL

‘Spider-Man No way Home’ has been the talk of the town for a while now. The crazy anticipation and curiosity regarding the movie have created a lot of buzz on social media. Meanwhile, Alfred Molina as Doctor Octopus and William Dafoe has already got the fans on the edge of their seat.

The new trailer gives a shocking yet pleasing surprise to all Spider-Man fans. It stars got Doc Ock (Alfred Molina), Green Goblin (Willem Dafoe), Sandman (Thomas Haden Church), Electro (Jamie Foxx), Lizard (Rhys Ifans). The old villains are back in the game. They all have come together to have the ultimate fight.

Tobey Maguire and Andrew Garfield are in the cast

Although no official statement has been confirmed, there is undoubted speculation of the three Spider-Man coming together.
Trailers have been analyzed which marks some careful VFX to hide some figures.
Furthermore, images have been leaked of the two actors on the set with the famous costume on.

With the trailer showing Doctor Strange opening the multiverse as the spell goes wrong. The trailer has already hyped and bated the hearts of MCU fans into the movie. The movie also features old characters like MJ played by Zendaya Ned Leeds played by Jacob Batalon.

‘Spider-Man No way home’ will be released on December 17, 2021, worldwide.
MCU and Spider-Man fans are waiting anxiously for the big release.

Video: Netflix Releases ‘Money Heist’ 5 Volume 2 Teaser, ‘The End Is Coming’
About Asra Mairaj 96 Articles
Asra Mairaj is currently an intern at Panasiabiz. She stands ready to take the first step into her college life and start working for her aspiring career to become a famous and profound journalist. Asra has been previously associated with Sapne NGO and Journey App as a content writer. She tends to bring that experience and overwhelming dedication to make the idea of a knowledge centre space a reality here.