Authorities are investigating all the 227 passengers and cabin crew of 12 members for any possible sabotage. 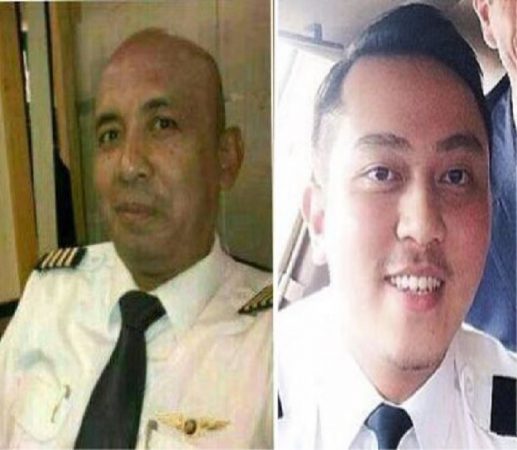 Recent Australian television report that emerged showed a young South African woman who was allowed in cockpit by Fariq and another pilot colleague in 2011 on their way from Thailand to Kuala Lumpur. Malaysia Airlines was reported to be “shocked” by the security violation.

No leads till now:
Despite a massive search from 12 countries with ships and planes, authorities in Kuala Lumpur admitted that they are not pursuing any leads in the mystery disappearance of Malaysia Airlines flight. Malaysia’s defense minister Hishammuddin Hussein said that the authorities have made no progress even seven days after the plane “vanished in thin air”.

Malaysia had sought assistance of India in tracing the missing aircraft on Tuesday. A Spokesperson in the Ministry of External Affairs, Delhi said that designated people are being appointed to deal with the issue.

The missing Malaysia Airlines Boeing-777 jet plane which was going from Kuala Lumpur to Beijing with 239 people on board had vanished over the South China Sea on Friday. The search operation has been going on since then through South China sea and has been now expanded to the Andaman Sea.

India became the 12th country to join the rescue operation as it has Navy and air force at Andaman and Nicobar islands which will help in tracing the aircraft in the area. Ministry of External Affairs spokesman Syed Akbaruddin said that a contact person has been appointed to liaise with Malaysian authorities for search near Adaman islands.

The last known point of contact of the plane with air-traffic control was reportedly between Kota Bharu and the southern tip of Vietnam. Vietnamese authorities said that the search activities were going on in the east and south of the plane’s last known trajectory.

The Indian Air Force has said that an aircraft is kept on standby for the search operations. The Strait of Malacca near Andaman Nicobar is likely to be the search area.