After Nokia X, Microsoft has taken a step further with Nokia X2. The all new Nokia X2 has updates all in and out and has a smarter and a better appearance than the latter. According to a report on GSM Arena, dated June 24, 2014, the Nokia X2 has a larger 4.3” ClearBlack display. 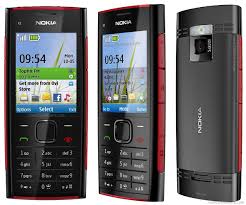 Though the new handset has a similar resolution as the Nokia X is has an updated Qualcomm Snapdragon 200 chipset with a 1.2GHz dual-core Cortex-A7 CPU and 1GB of RAM.

To add on to the update list is a new home button located next to the back button under the display.

The smartphone has a 4GB inbuilt memory which is expandable upto 32 GB. The battery capacity is also vouched to be 300 mAh more than Nokia X.

The little more heavy than its earlier version, the Nokia X2 has a slightly chubbier appearance.

Apart from these the handset has all the necessary parameters. It has a Wi-Fi, Bluetooth and dual SIM card slots offering dual stand-by along with a 5MP autofocus camera with LED flash coupled with a front facing camera.

The phone is loaded with new features and has a long list of phone specifications. The new Nokia X2 is available in glossy green, orange black, yellow and white with matt dark grey colors to follow later on. The phone is available for €99.

Considered to be a good buy, the handset is being called a value for money handset.

Make Your Spotify Experience Even Better With These 3 Apps