Samsung has officially launched its new smartphone named “Samsung Galaxy Star 2 Plus” in India on July 28, 2014 at a smart throw away price of Rs. 7,335 . The phone is an addition to the range of Android 4.4 KitKat models it has in the market.

Samsung Galaxy Star 2 Plus is more like an update to the Galaxy Star 2, which already has registered good sales in the market, despite competition and new entrants. 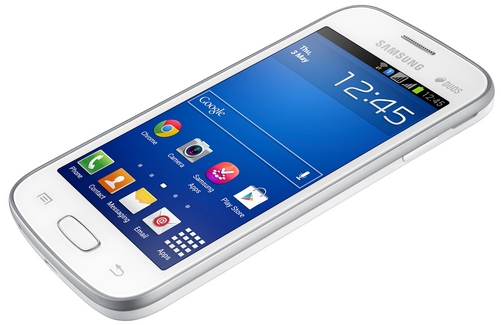 The new dual-SIM model will be running on Android 4.4 KitKat, straight out of the box and features a 4.3-inch WVGA TFT display with 480×800 pixels.

The phone is powered by 1.2GHz dual-core processor and features 512MB RAM. The 3MP rear camera comes loaded with the LED flash, but there’s no front camera for this one. The inbuilt storage is decent at 4GB and can be expanded to 32GB using MicroSD card.

All regular connectivity options are featured, including Wi-Fi, Bluetooth, 3G, and GPS. Samsung has powered the Galaxy Star 2 Plus model with a 1800mAh battery with a weight of 138 grams.

In India, the color choices are limited to Black and white.

Given the entrance of Motorola Moto E and Asus Zenphone, Samsung Galaxy Star 2 Plus may have a tough time finding its buyers, except for core Samsung followers.

At the same price or lower, both Moto E and Zenphone are offering 1GB RAM and better camera features. Indian players like Micromax already have a good range in the same price bracket.

Nokia Lumia 630 price in India, review and features
About S Ranjita 210 Articles
Ranjita is a seasoned writer on a variety of topics. She has been writing for 8 years now on various international publications. Entertainment and current news topics are her favorite. She can be reached at [email protected]