Samsung has finally launched the Galaxy Note 4 smartphone earlier than expected on September 24, 2014, much likely in response to the record sales of Apple’s iPhone 6. 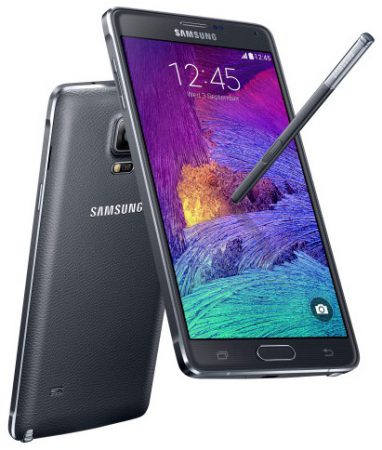 The South Korean smartphone maker has mentioned that the new and oversized Galaxy Note 4 will hit the stores in China and South Korea this week, while it will also launch in 140 other countries at the end of October. Visit the official website for all the info.

Scheduled for a release in early October, Galaxy Note 4 has been released much early and will be the first phone from Samsung that will hit China stores first before the other markets. Samsung surely has taken its battle with Chinese rivals to the next level.

Samsung’s new model and its early launch also indicates the company’s desire to take on Apple, which recorded huge sales in the first weekend, especially for giant iPhone 6 Plus.

The new iPhone 6 Plus and iPhone 6 is yet to be available in China, but sales topped 10 million in countries like Britain, Australia, United States, France, Germany, and Singapore.

Strangely, it was Samsung that had introduced the “phablet” phones way back in 2011 with the new Galaxy Note series.

Currently, the smartphone market has saturated, much thanks to the Chinese makers like Huawei and Lenovo that are making cheap models and giving a tough competition to Samsung, which generates a good chunk of revenue from smartphone business alone.

Samsung’s last offering Galaxy S5 got tepid response and sales from most quarters.

However, as Galaxy Note 3 had crossed sales of 10 million in two months in 2013, the same is expected from Note 4.

Note 4 comes with a screen size of 5.7-inches and a stylus pen, which will allow unique input methodology, something that iPhone 6 doesn’t offer.

Samsung launches four new Galaxy smartphones in India
About Manoj Nair 116 Articles
For Manoj, writing has been his first hobby, and after completing his domestic duties, he has plunged into his first love, writing. He is associated with writing for different news sites, like Blasting News, PanAsiabiz, and Herbal Remedy Sites like MamaHerb.com and AOR.