The media has been making a hue and cry over the leaked MMS clip of the lookalikes of Aryan Khan and Amitabh Bachchan’s grand daughter, Navya Naveli which has been viral on social media. 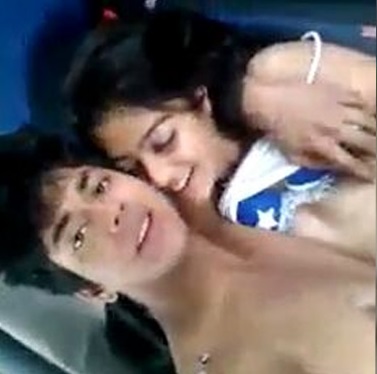 Not only the social media the Indian main media stream and the common people. The two are apparently now a part of a MMS scandal.

The MMS has been floating around on messaging platforms like WhatsApp and other sharing websites. Both the families involved have neither denied nor accepted the same.

The video shows a male, apparently similar to Shahrukh Khan’s son, Aryan with a young girl in a car. Since both the kids, Aryan and Navya study together abroad have been targeted to spread such rumors.

Though some sources reveal that the video is of a couple from Italy, the star kids are being namesaked for no reason. Of course they look alike but apart from some similar features there are no commonalities between them.

This video in particular has been hyped much more than its worth and even after knowing that it is not Aryan and Navya in the video, some media houses continue to showcase the mishap giving it the star names.

According to some sources it also appears to be another gimmick from some of the social media freaks who find doing such things fascinating and out of the box, not realising how badly it hampers the image of the people concerned and of their families.