Pakistan won the toss and elected to field first in the 1st ODI against New Zealand being played at the Dubai International Cricket Stadium on Nov 4, 2014.

The game is starting at 9:00 p.m. Pakistan time, so make sure you have your watch set, and you don’t miss it. 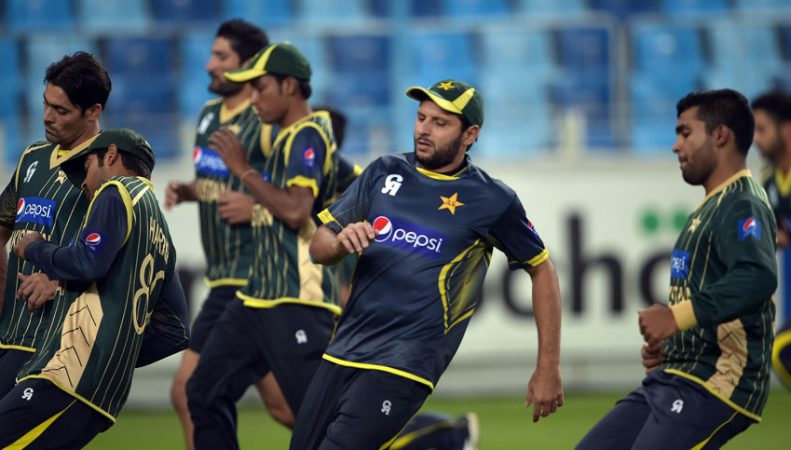 Kiwi skipper is happy with the new fresh youngsters in the squad, Williamson said after the toss, “I think it is nice to get some fresh guys in the team. Whatever you do you have to do well. We have to put up a good score on the board.”

Afridi wants to utilize his pacers first, he said, ‘We want to bowl first because of the dew factor. I want to give my bowlers a chance to grip the ball. The bowling combinations are very good and it is difficult to chose for this game. Mohammad Irfan and Anwar Ali are back.’

After the Test series, the two teams gear up for the shortest format of the game. This series must also help the teams get ready for the big World Cup coming up in just two months.

This venue has a unique feature. The majority of the T20 matches playe here have been won by the team batting second. So Pakistan are on the spot.

Catch all the action live on Ten Sports in India and PTV Sports in PAkistan.

The highlights video will be uploaded her after the match is over.

India A vs Australia A 2nd Test: Cricket live score and Streaming info

England vs New Zealand WC T20 semi-final: Sky Sports, Star Sports live streaming & cricket scores
About S Ranjita 187 Articles
Ranjita is a seasoned writer on a variety of topics. She has been writing for 8 years now on various international publications. Entertainment and current news topics are her favorite. She can be reached at [email protected]