The first test between India and Australia will take place at Adelaide on November 9, 2014. It has been confirmed that Virat Kohli will lead the Indian side in the first Test. 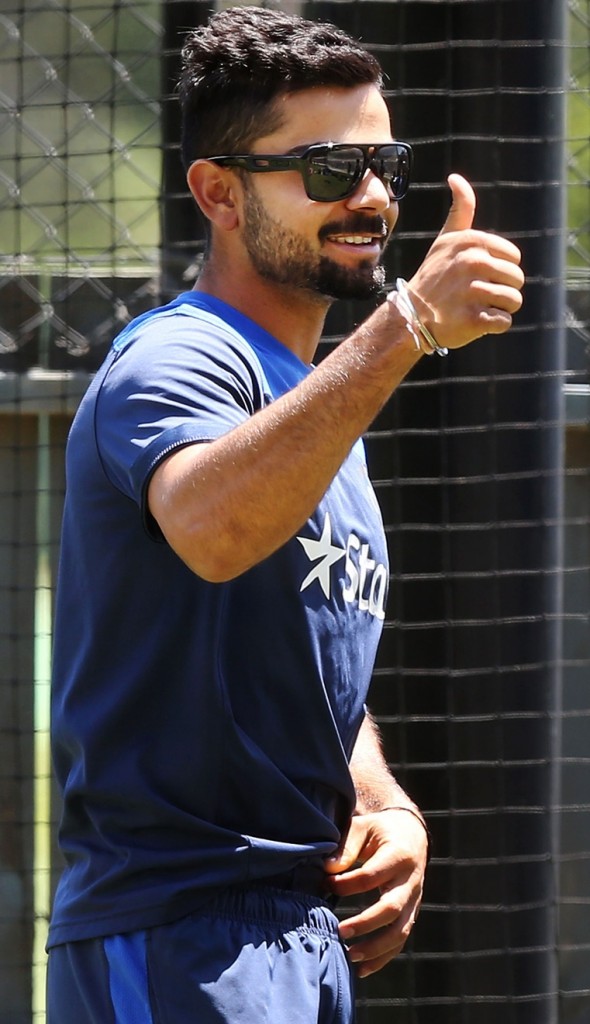 Earlier, it was speculated that M S Dhoni will resume his captaincy after recovering from a thumb injury. As per reports, Indian pacer Bhuvaneswar Kumar will be also not playing the 1st Test due to an ankle injury.

“Yes, I will be leading India tomorrow. We have plans in mind, we have plans we want to achieve. We have come here with a mindset of winning the series rather than going out there and seeing what happens, that is not an option” said Virat Kohli today in a Press Meet.

Cricket fans in USA can watch the match in Willow TV.

The Indian Captain is quite confident about the team’s strength, and he aims to make it big in the Australian soil. Indian team has performed well in the practice matches against Australia XI, and this has enhanced the morale of the team to a great extend.

The second Test will be played on Dec 17 in Brisbane.. Check the complete schedule here.

The team is in Australia for more than 15 days, and they are well adapted with the climate and conditions of the country.

On the other hand, for Australia, this test series will be laced with some emotional elements. One of Australia’s growing batsman Phillip Hughes has lost his life from the pitch a week back, and the team will be trying to win this series for his soul.

Cricket Australia has planned many things to remember the 26 year old batsman. Many sources claim that everyone will wear a jersey with Hughe’s number encrypted in it. However, no official confirmation has come in this regard.

Australian team will be very confident while playing the 1st Test, as their Captain Micheal Clarke has proved his fitness, and will be leading the side. The team who have lost the Test series against Pakistan in a very miserable manner will be trying to win this at any cost.

India vs New Zealand T20 2021: Star Sports live streaming info
About Nirmal Narayanan 186 Articles
A journalist with over six years of experience in Digital Media specialized in writing stories on science and entertainment. A post-graduate in English Literature, I spend my free time researching paranormal incidents and UFO sightings that happen all across the globe