People ready to flush out Rs 10000 or below for smartphones have always been confused as to which one to pick. A plethora of smartphones are now available, competing with each other to offer themselves at a reduced price.

Adding to the slew of such phones is the new arrival from ZTE, christened N919D. 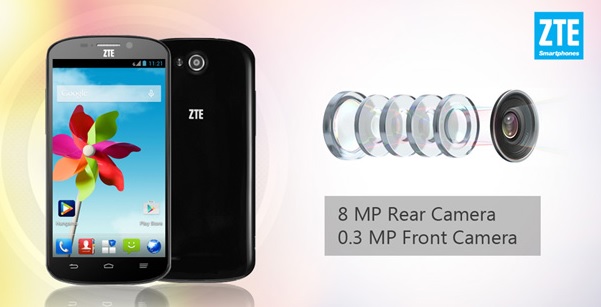 Buy the smartphone on eBay here.

Powering the smartphone is a 1.2 GHz quad-core processor, which is accompanied by a 1 GB RAM. An 8 MP shooter the primary cam on rear and front cam packs a VGA shooter aimed for video calls, rather than selfie shoots.

Internal memory has been cut down to around 4 GB for keeping the pricing intact, but the presence of micro SD slot means its expandable up to 32 GB.

The dual-SIM slot offers one for the GSM network and the other for CDMA. However, ZTE hasn’t offered the latest when speaking of the running OS and N919D will be running the older Android 4.1 Jelly Bean OS. Juicing the device is a 2500 mAh battery, which assures talk time of up to 10 hours.

One year warranty is what is being offered by the manufacturer but an extra payment of Rs 449 will extend the warranty further by a year.  The device is available in only a single white variant, and also comes with tied-up data offers for Reliance subscribers.

Google to launch its new low-cost smartphone first in India

Israeli Company develops hands-free smartphone for disabled
About Sanjeev Ramachandran 147 Articles
Sanjeev Ramachandran has found ultimate joy all through his 23-year-long journalism career by writing for national and international newspapers, websites and blogs. From technology to politics to sports to entertainment, he has been able to express ideas and pen opinion pieces on whatever triggers his interest. Currently at the helm of his own content and public relations company, called Siyahi – The Content & PR People, he makes sure that he doesn’t always let administrative tasks take over his writing space.