It’s hard to find a notable contrast in the tech specs offered by the smartphones among entry-level segments. Quad-cores, fixed RAMs, cameras – only trivial changes can be witnessed among these.

And that’s why vendors are now bringing some innovative features within the running OS to boast of its uniqueness.

The newly launched Karbonn Titanium Dazzle has also pecked the same. Built with a spec-line that doesn’t stands out from the rest, Karbonn is capitalizing on its own unique software features, which will draw the line from the rest. 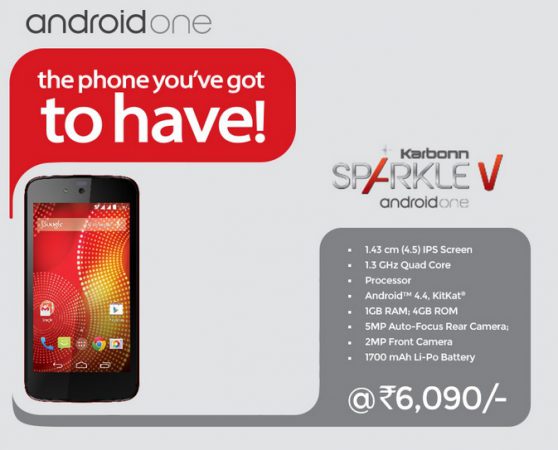 Notable one among those is the Smart Eye feature, which always keeps an eye on your eyes for deciding with its action.

The feature will have the video playback paused if taking your eyes away from the smartphone, making it the first of the entry-level smartphone to pack this feature. Buy on Flipkart here.

There is also the Shuffle feature which will have your songs skipped if swiping your fingers across the screen.

Speaking of its specs, the 5-inch smartphone packs all you could expect from a smartphone under this segment. A quad-core processor clocked at 1.2 GHz, 512 MB RAM, 854 x 480 pixels display resolution, 5 MP rear cam and a 2MP front cam; all these does ensure a power-packed performance for the pricing it arrives. Check all the features and specifications here.

Running the device life is an 1850 mAh battery, which assures a decent run of life for this smartphone. The Android 4.4 OS running device is priced at Rs 5490, and is made available in two color variants; the black and the white-gold mixture variant.