The toss is already over. Brendon McCullum, the New Zealand skipper has won the crucial coin flip and has decided to bat first.

Both New Zealand and Australia have embraced their winning eleven of Semi-Finals, as they gear up for this crucial encounter.

After a disastrous start by losing their captain McCullum for a duck, New Zealand recovered and when the latest reports came in, the score was 150/3 in 35 overs. New Zealand was 39/3. 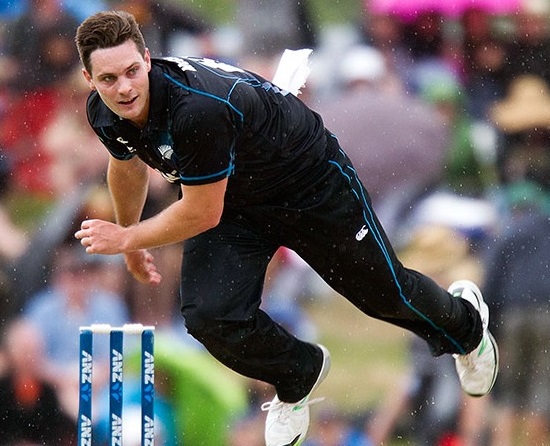 After winning the toss, Brendon McCullum openly expressed his happiness in winning the toss. He added that the team had a tremendous tournament so far, and they will be trying hard to extend the winning streak to grab the World Cup for the first time.

The Kiwi skipper also admitted that Australia is a difficult side to beat, but he promised that the final will offer a great treat for Cricket fans.

The match is being shown live in Star Sports 1 in India. Pakistan Cricket viewers can watch the match in PTV Sports. Watch the live streaming online on Starsports.com here.

Sky Sports is telecasting the match in the United Kingdom, while Fox Sports and Channel 9 are doing the same in Australia.

The official websites of Star Sports and PTV Sports are live streaming the match for online viewers. In Pakistan, you can watch the match online on Ten Sports here.

Michael Clarke on the other hand told that he and his boys are quite happy to play the grand finale. He added that he would have chosen to bat first as the Melbourne pitch is expected to be a batting paradise.

India vs Pakistan T20 World Cup 2021 Highlights video
About Priyanka Pandey 134 Articles
Priyanka Pandey is a woman of words who believes the pen is mightier than the sword. She wants to bring a change in her surroundings using the power of words. She is a bold content writer who wants to follow her passion for writing and get her works published under a renowned publishing firm's name. The current news topics, especially those related to politics, are her favorite.