Martin Winterkorn, the said CEO of Volkswagen was the talk of the board meeting that concluded a day ago. The board was called upon to discuss the issues related to Diesel Scandal.

The recent developments and occurrences in the scandal were hinting the involvement of the CEO, which for the board of members was disturbing and unfortunate.

Martin faced reprimands of the Board members in the meeting that recently concluded. The CEO was well aware of the issues related to Diesel Scandal, yet he was passive towards action. 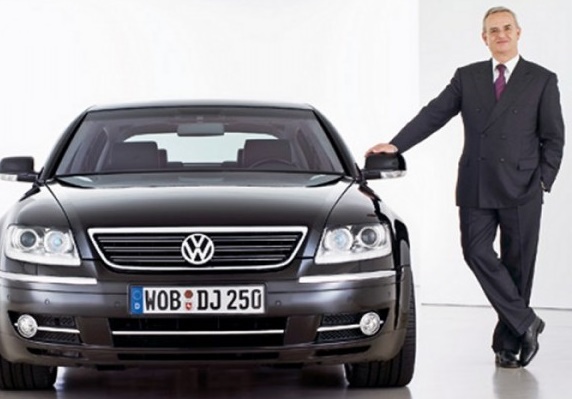 His involvement and the conflict of thought for the personal benefits led him to be a part of a disastrous scandal.

Lately, it was getting difficult for the Martin to hold the position and defend himself-hence he decided to put forward his resignation and become an accused in the case. His move seems different by varied media houses, but the core values and issues remain the same.

The board of members are stern on Martin this time.

The scandal surfaced when complaints started pouring in from the varied corners of the world. Around 11 million cars were fitted with engines that had issues with diesel emission.

People have lost their trust on the brand just because of the CEO, and the board is going to make sure that Martin pays for the same.

A lot of people are feeling hesitant in coming forward and discuss the nuances of the meeting in front of the media because of the intensity of the matter.

The company is going to experience some downfall on the stock market, and it is going to be lethal for the enterprise if they do not come up with better decisions at the earliest.

5 Reasons To Have a Guest Blogger/Writer At Your site

Key Features of a Successful Home-Based Business
About Manoj Nair 117 Articles
For Manoj, writing has been his first hobby, and after completing his domestic duties, he has plunged into his first love, writing. He is associated with writing for different news sites, like Blasting News, PanAsiabiz, and Herbal Remedy Sites like MamaHerb.com and AOR.