India lead by 142 runs with 8 wickets remaining in the 1st Test against South Africa being played at the Punjab Cricket Association Stadium, Mohali in Chandigarh from Nov 6-10, 2015.

India won the toss and batted first, but their calculation went wrong after the Africans struck with their pace and scuttled the Indians for just 201 runs.

The South African batsman were expected to capitalize on this and pile on a good first innings score to take a good lead. But the Indian spinner led by Ashwin destroyed the visitors batting middle-order to all-out them at 184 runs, giving India a first-innings lead of 17 runs. 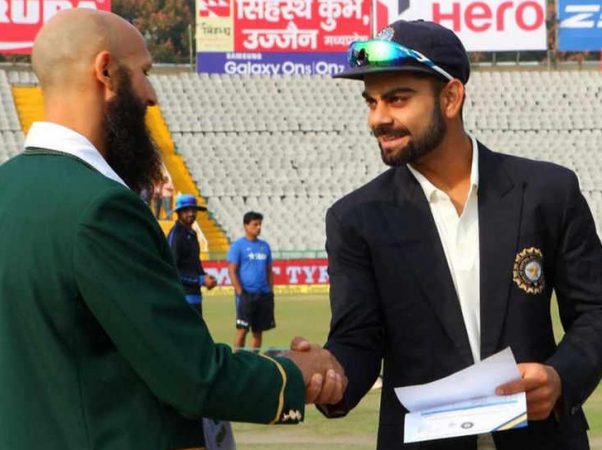 Murali Vijay was the only highest scorer for India to score a half-century, he was out for 76 runs. Elgar took four wickets for South Africa.

South Africa started well and at one stage were at 85 for two when Ashwin started striking.

At the end of the second day’s play, Pujara and Kohli were unbeaten at 63 and 11 runs respectively.

The Indians will look to give a target of 350 plus for the South Africans to win the first Test, but in cricket nothing can be predicted, So an exciting day’s play is on the cards as the Indian batsmen battle the South African pacers.

Telangana CM says he is ‘Hitler’ for the corrupt