After prayers from fans, and some clever moves from Saurav Ganguly and Bengal Cricket Association, Eden Gardens is now all set to witness the high voltage battle between India and Pakistan, after continuous rains which lasted for more than three hours.

The toss is already over. Indian Captain Mahendra Singh Dhoni has won it and has decided to bowl first.

Both the teams play unchanged squads. This is a must win game for India after they lost their opener to New Zealand. 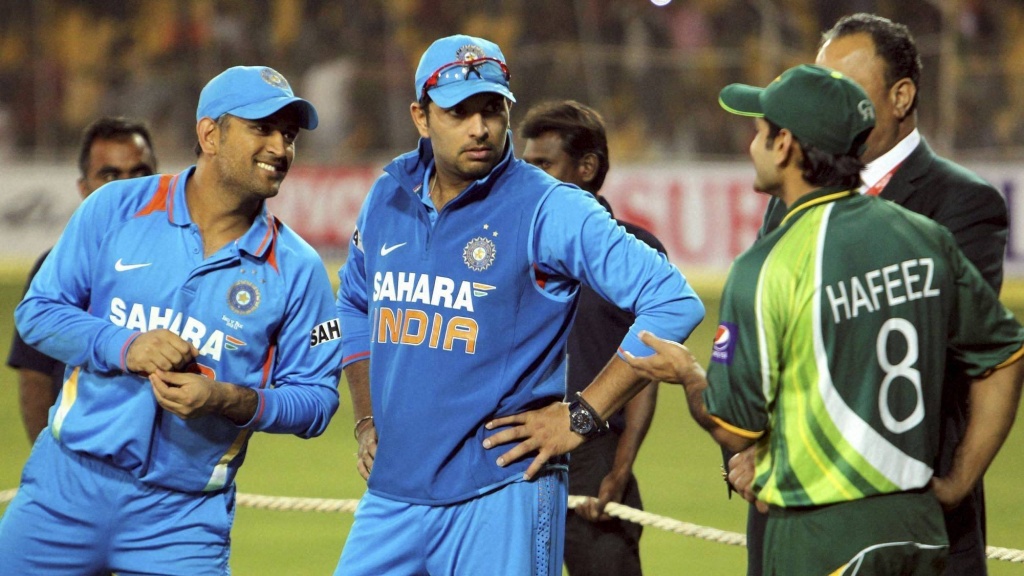 Two overs were deducted after it rained and the wet outfield. Now its an 18-over game with each bowler can bowl a maximum of four overs.

Earlier, in a pre-match talk, former Indian cricketer V V S Laxman has told that batting first will be the best strategy to adopt in this match.

But surprisingly, Dhoni took the another decision, stating that the pitch was under cover for four hours.

Mahendra Singh Dhoni believes that pace bowlers of his team will provide some initial breakthroughs which will help India in dominating the game.

Star Sports and PTV Sports is telecasting the match in India and Pakistan respectively. Sky Sports and Sky Sports HD is showing the game in the United Kingdom.

Shahid Afridi, on the other hand, was Super cool during the toss. His last match innings has boosted his morale, and it was clearly evident on his face. He hopes that the team will be able to put up a decent score on the board so that they can easily pressurize India during the chase.

The pitch in Eden Gardens may provide some initial swings, and later, it will act as a spinner good track. Indian batsmen should be very careful while facing deliveries from Mohammed Amir, as he is at the peak of his form.

Yuvraj Singh Arrested For Hurling Casteist Slur on Yuzvendra Chahal, Released On Bail
About Nirmal Narayanan 186 Articles
A journalist with over six years of experience in Digital Media specialized in writing stories on science and entertainment. A post-graduate in English Literature, I spend my free time researching paranormal incidents and UFO sightings that happen all across the globe