England will take on Sri Lanka in their last Super Ten game on March 26, 2016, at the Feroz Shah Stadium. The match will begin at 07.30 PM IST, 01.30 PM BST, and the toss is expected to happen half an hour before the start of the game.

England started the course in this tournament in a fragile manner, as Chris Gayle torn off the British side in the opening match. Later, Eoin Morgan and his boys bounced back in style, and they thrashed South Africa and Afghanistan in their second and third games respectively.

Alex Hales, who missed out the last match against Afghanistan, is expected to return to the playing eleven. Liam Plunkett will retain his spot unless England plans to give a chance for the debut of Liam Dawson. 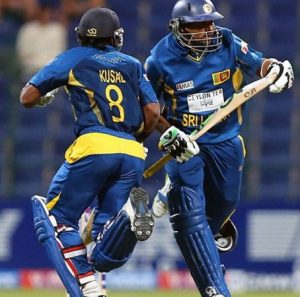 Sri Lanka will be missing out the service of Lasith Malinga in this match as well. Team management will think thrice about including Lahiru Thirimanne and Chamara Kapugedera in the playing eleven, as they failed continuously in all the games played in the tournament.

Sky Sports 2 is telecasting the match live in the United Kingdom. The match telecast happens soon after the conclusion of New Zealand VS Bangladesh live streaming.

You can also follow the game on BBC Radio 5. In India, Star Sports is telecasting the match live, while Channel Eye is doing the same in Sri Lanka.

Both Sri Lanka and England will be trying hard to win this game, as it is quite necessary for their future progress in this tournament. Net Run Rate will also turn valuable, and the teams should even wait for the results of South Africa V West Indies for making the semi-final affirmation.

Pitch in Feroz Shah Kotla is expected to be spin friendly, and it gives Sri Lanka an upper hand in this match. Eoin Morgan and his team do not have that great legacy in playing spinners, and this will boost the morale of islanders for sure. In all probabilities, the team who win the toss will elect to bat first, as chasing in Feroz Shah will not be an easy task.