England won the toss and decides to field first in the first semi-finals of the T20 World Cup aginst New Zealand.

After winning all matches in the League round, the dynamic New Zealand team under the leadership of Kane Williamson will against England (Eng vs NZ) on March 30, 2016 at the Feroz Shah Kotla in Delhi.

Trent Boult and Tim Southee who sat in the bench throughout the League round will continue doing the same in this match as well.

The team will again trust the spin bowling offered by Mitchell Santner and Ish Sodhi, who played a crucial role in determining the course of black caps in this tournament.

Live streaming of this Semi Final match will begin at 07.30 PM. Star Sports, the official partner of ICC T20 World Cup will telecast the match live in Indian sub-continent. 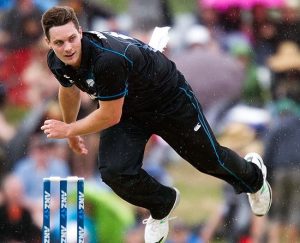 In New Zealand, you can watch this crucial encounter in Sky Sports.

Pitch in Feroz Shah Kotla is expected to have some grass, but considering the history of this ground, we can assume that it will not favor pace bowlers by providing pace or swing. The team who win the toss will most likely bat first., as the ball will directly come onto the bat.

New Zealand reached the Semi Final of this tournament in the most successful manner. The team won all the four matches they played in the league round, and it will surely enhance their morale while playing this crucial knock out.

The batting department of the team is not that capable in boasting about big names. But with reasonable contributions, they have always succeeded in building good scores. Martin Guptill and Ross Taylor will be leading the Kiwi batting lineup from the front.

On the other hand, England, the country who made Cricket this much popular will be eyeing their first World Cup Final this year.

Eoin Morgan and his team consider this as a golden chance to achieve the remarkable feat, and they will be trying hard to defeat the black caps by hook or crook.

Joe Root’s scintillating form in this tournament makes him England’s trump card, and if finds the momentum in Feroz Shah Kotla, then things will not be that easy for Kane and his boys.

England vs West Indies WC T20 final Highlights video; 6,6,6,6
About Nirmal Narayanan 186 Articles
A journalist with over six years of experience in Digital Media specialized in writing stories on science and entertainment. A post-graduate in English Literature, I spend my free time researching paranormal incidents and UFO sightings that happen all across the globe