Lava has introduced a 4G compatible tablet in India, IvoryS 4G, price Rs 8,799. The device supports 4G for both Indian LTE bands. The product is available through both offline and online channel.

The tablet is based on the Android 5.1 Lollipop platform and boasts a 7 inch HD, IPS screen. It is powered by a 1GHz quad-core Cortex-A53 CPU coupled with 1GB of DDR3 RAM.

The latest release from the Indian device maker boasts a 16GB internal storage which can be augmented to 32GB with the aid of microSD card.

Established in 2003, Lava has become a major player in the Indian market. Remember, it was the first to launch the world’s first Intel chip-based smartphone. Check complete specs and features at official site. 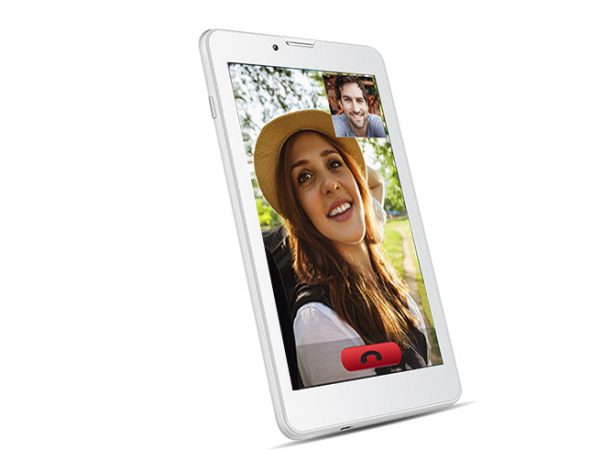 Last week the Noida-based firm had launched an economy 3G phone, A79 with a price of Rs 5,699. The device featured a 5.5-inch display with a 1.2 GHz quad-core processor and 1GB RAM and 8GB of internal memory with provision to expand up to 32GB via microSD card slot.

The 7-inch display market in India is burgeoning, and little differentiation hardly matters. It is all about real and path breaking innovation which will allow any product to have a foothold in the highly competitive segment.

It needs to be seen how the latest release from Lava fares in the market. What do you think about its fortunes? Please express your views in the comments section.

The IvoryS has a 5-megapixel rear autofocus primary camera with LED flash with 1080p video recording capabilities. It features a 3.2-megapixel secondary camera for selfies and video chat.

Oppo N1 launched in India with Hrithik Roshan and Sonam Kapoor
About Manoj Nair 116 Articles
For Manoj, writing has been his first hobby, and after completing his domestic duties, he has plunged into his first love, writing. He is associated with writing for different news sites, like Blasting News, PanAsiabiz, and Herbal Remedy Sites like MamaHerb.com and AOR.