Vidharba wicketkeeper Faiz Fazal has been handed over the ODI cap by MS Dhoni for the third and final ODI against Zimbabwe to be played on June 15, 2016.

He is the third wicketkeeper who will be representing India from the state. Fazal will replace Karun Nair in the final playing XI.

The Zimbabwe skipper wins the toss and he decides to bat first this time. When last reports came  in, the score was 17/0 in five overs. Follow live cricket score in Cricinfo.com here.

Not sure what might be the exact reason behind the decision to bat first. May be they think the track will assist the batsman and they might have to chase a huge score. 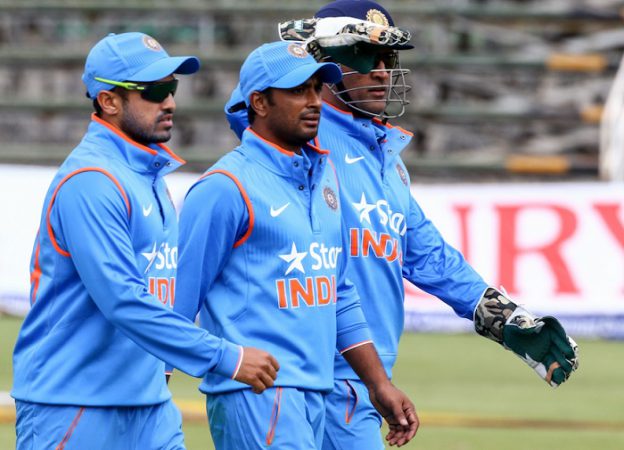 The young Indian team might experiment with new players to give them some exposure as the series has already won by 2-0. This is a dead rubber, the Indians might look to whitewash while the hosts might try and win to get some pride back ahead of the three t20 series.

The hosts also have big changes to their squad, Peter Moor, Malcolm Waller and Timycen Maruma get to play today’s game.

Another new pitch is being used for the third time in a row at this venue. The first two games were played on a different track. Both the ODIs were low scorers and this track will have some runs on the board for sure as the grass is taken off.

Catch all the action live on Ten Sports 3 in India. the live stream online can be watched on Ten sports website http://www.tensports.com/live.

Watch highlights of Ind vs WI 2nd ODI on Starsports.com

Bangladesh Cricket Team Leave Home For The ICC T20 World Cup 2021
About Sanjeev Ramachandran 147 Articles
Sanjeev Ramachandran has found ultimate joy all through his 23-year-long journalism career by writing for national and international newspapers, websites and blogs. From technology to politics to sports to entertainment, he has been able to express ideas and pen opinion pieces on whatever triggers his interest. Currently at the helm of his own content and public relations company, called Siyahi – The Content & PR People, he makes sure that he doesn’t always let administrative tasks take over his writing space.