A confidence young Indian side will be locking horns with Zimbabwe in the first T20 match of the series on June 18, 2016 at the Harare Cricket Ground.

The toss is already over, and India who won it has decided to bowl first. The Decision from Mahendra Singh Dhoni offers no surprise, as the pitch in Harare is quite tricky, and will offer initial advantage to the bowlers.

Chibhabha and Masakadza will open the innings of the African side, and they will be aiming to score a decent total for the side.

If the openers succeed to find the rhythm, then things will be easy for Elton Chigumbura and Vusi Sibanda to take things forward. It should be noted that these two players have shown unquestionable form in the One Day Internationals which got concluded recently. 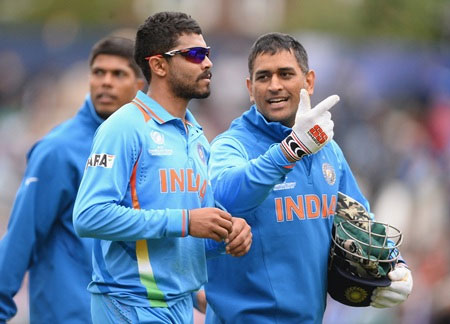 The match is being shown live in Ten 3 and Ten HD in India. People in Zimbabwe and the U.S can watch this crucial clash in TSM and Willow TV respectively.

Indian team are masters in playing this shortest form of cricket, as they are coming back after the big IPL campaign. During the toss, Mahendra Singh Dhoni, the Indian Captain too expressed his confidence in winning this match. He told that his side will be trying to bowl out Zimbabwe in a meager score.

Even though the Indian team is not that matured to play in foreign pitches, they have created magic in the 50 over format matches against the hosts.

Bowlers like Bumrah are making use of the conditions to the fullest, and they have torn down their batting in the recently concluded One day series.

If Zimbabwe succeeds in scoring a total of 160+, then they will be able to put up threat against India. A score less than this total will be quite easy for the strong Indian batting lineup.

India vs Bangladesh 2nd ODI: Star Sports live streaming and cricket live score
About Nirmal Narayanan 186 Articles
A journalist with over six years of experience in Digital Media specialized in writing stories on science and entertainment. A post-graduate in English Literature, I spend my free time researching paranormal incidents and UFO sightings that happen all across the globe