Earlier this year, in March Hitomi satellite faced a “mission ending spacecraft anomaly”. However, before being rendered of no use, it was able to bring back some groundbreaking data on the Perseus Galaxy Cluster.

The Hitomi mission was originally launched by the Japanese Aerospace Exploration Agency (JAXA) to study galaxy formation and how black holes and space-time interact with each other.

The spacecraft came with the Soft X-Ray Spectrometer (SXS), an instrument that transmitted data on the movement of gas in Perseus galaxy. Based on the findings, the gas movement between galaxies within Perseus was surprisingly stable. 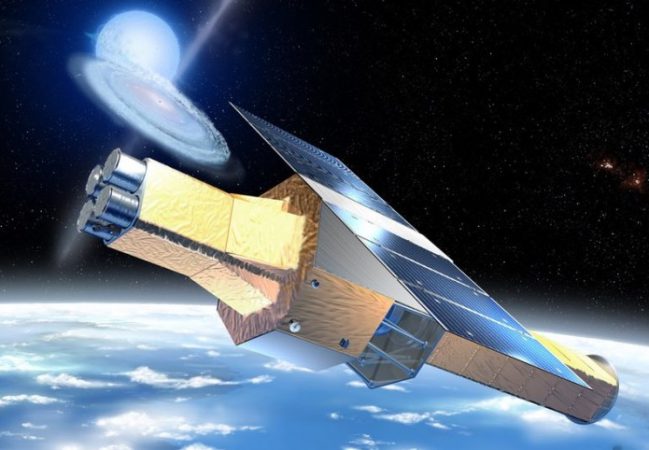 SXS has been considered as a game-changer in its own right. It can measure X-ray spectrum of gas emissions through micro calorimetry.

The high-end tech helps it show elemental composition. It is believed to be 30 times more accurate than any of its predecessors.

This makes it able enough to read the mass of galaxies far away from the Milky Way.
Before meeting its end, the Hitomi satellite saw the Perseus galaxy cluster, which is around 240 million light years away. It consisted of extremely hot gasses that could be around 90 million Fahrenheit.

It also showed that the emissions from the black hole might move quickly, but the gas movement isn’t as turbulent and fast as was expected.

The scientists at MIT observed that the gas that lay at the center of the galaxy cluster is moving at a speed of 164 km/sec or 366,000 mph. This is at least times less than what was expected.

This revelation has stirred up some black hole theories and confirmed others. For the Sci-Fi lovers, this could be interesting, as it disregards multiple theories from the reel life about the time change difference on different ends of the black hole.

Chandra scientists find the first possible planet outside of our galaxy!

Gujarat’s Rajkot among 40 global cities to cut carbon emissions
About Nirmal Narayanan 186 Articles
A journalist with over six years of experience in Digital Media specialized in writing stories on science and entertainment. A post-graduate in English Literature, I spend my free time researching paranormal incidents and UFO sightings that happen all across the globe