New Line Cinemas has an interesting lineup of horror movies gearing up for release, and the first one among them is “Annabelle 2: Creation” which will reach the screens August 11, 2017. The pre-release buzz surrounding the movie has been terrific, and now the production house has embraced another technique to bring in more butts to the theater seats. According to close sources to the studio, it has been learned that an exclusive 4-minute preview of Andrés Muschietti’s “It” will be screened ahead of “Annabelle 2: Creation” during its theatrical screening.

Preview only in theaters

If you are waiting to see the extended preview of “It” through online means, then you will get disappointed, as the 4-minute 12-second preview will be only featured in theaters. So, if you want to see the much-awaited preview footage of “It”, then you should watch “Annabelle: Creation” on screens. Many people believe that this is a very smart marketing decision from New Line Cinemas. On the other hand, some trade experts believe that this strategy has a downside, as spectators are quite eager to see “It” in theaters with lots of suspense, and leaking a footage of more than 4-minutes from the movie will not be a great decision, as it may break the thrill associated with this flick. “It” will be released in theaters on September 08, 2017.

It should be noted that “Annabelle 2: Creation” currently holds a Rotten Tomatoes rating of 100%, and with this new movie, the production house will surely succeed in attracting more and more audiences to the theaters once it gets released.

‘Annabelle 2: Creation’: A golden pick from the Conjuring Shared Universe

“Annabelle 2: Creation”, the Supernatural horror thriller is directed by David F Sandberg who has previously made movies like “Lights Out” and “Closet Space”. This film stars Stephanie Sigman, Talitha Bateman, Anthony LaPaglia, and Miranda Otto in the lead roles. The prequel of “Annabelle” was a huge hit at the International box-office, and it collected $256.9 million worldwide. Trade experts believe that this sequel too will mark a grand opening at the box-office and will cross the collection figure of $500 million. 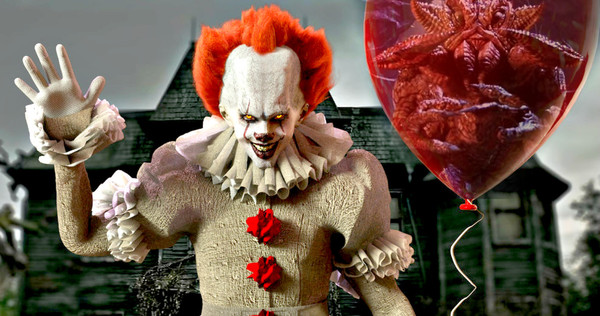 This film has been ruling the online spaces from the day its teaser was released. Starring Bill Skarsgård in the lead role, this movie will revolve around the story of a shape shifting entity which is responsible for the missing of children in a particular town. The teasers of the movie released have already conveyed the evil mind of the dancing clown in this flick, and we should wait until September 08 to unveil the new face of cruelty.

Battle between Chaka Khan and Stephanie Mills in Verzuz

Olivia Rodrigo Accused of Copying Music and Themes from artists, including Taylor Swift

Top Indian Web Series: ‘Family Man,’ ‘Aarya,’ & ‘Scam 1992’ Are a Must Watch
About Nirmal Narayanan 186 Articles
A journalist with over six years of experience in Digital Media specialized in writing stories on science and entertainment. A post-graduate in English Literature, I spend my free time researching paranormal incidents and UFO sightings that happen all across the globe