By Richa Aggarwal
275 Views
Posted In
Business
Tagged as
Related

We see many of the Samaritan step out to help people in bad times and provoke others to do the same. They believe in doing good without demanding anything in return. 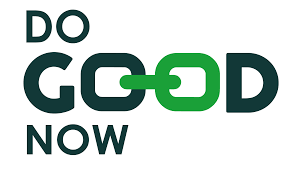 Recently we came across a Facebook video where a person was requesting his Facebook audience to support other businesses in the worst phase of their life. Richard Ridge owner of Grayson Air Conditioning is spreading positivity, and feeling to help others by his recent Facebook video.

Richard Ridge in one of his interview videos said that a lot of his customers are the local restaurants, and he’s not feeling good to see them in such a situation. They have cut down the staff, and only a skeleton crew is left to meet all the demands of the customers, but every time he visits there, it’s heartbreaking!

The Grayson Air Conditioning owner then created a challenge on Facebook, challenging other essential businesses to come together as one and help their local sellers and restaurants. The challenge video went viral over the internet and created a great impact on many lives.

Richard also added in his interview that the initiative was appreciated by many and people are tagging their local restaurants with their menu on the Facebook post. See how only a single video of doing a good thing is created a big impact.

Grayson Air Conditioning is prepared to continue the initiative for a few upcoming months.