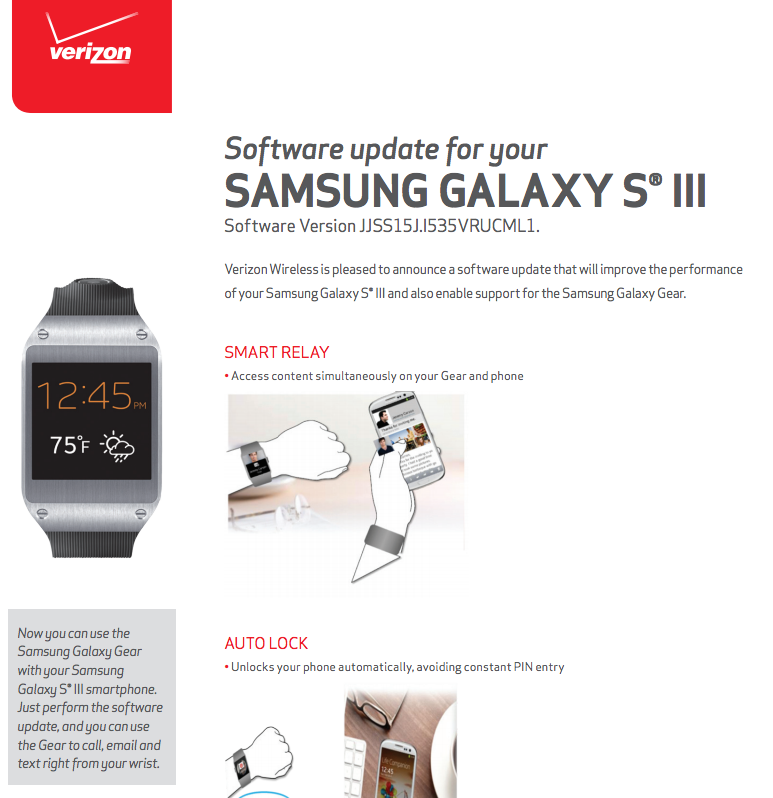 The South Korean major is reportedly skipping the Android 4.2 update for the device which is still running on Android 4.1.2 Jelly Bean.

Vodafone users in Ireland are the first to get the Android 4.3 Jelly Bean update to Galaxy S III. The roll-out is expected to the mobile users of other carriers and countries soon.

The update is reportedly available both over the air (OTA) and through the company’s PC suite Kies software. The update brings Galaxy Gear support, which was earlier found in Samsung Galaxy Note 3, Galaxy S4 and Galaxy Note 10.1.

Updates are also found for Samsung apps like contacts, gallery, calculator and music.

After Galaxy S4 and SIII, Samsung is reportedly planning Android 4.3 Jelly Bean update next for Galaxy Note II by the end of November.

Samsung Galaxy S7: Unknown features and specifications list
About Manoj Nair 116 Articles
For Manoj, writing has been his first hobby, and after completing his domestic duties, he has plunged into his first love, writing. He is associated with writing for different news sites, like Blasting News, PanAsiabiz, and Herbal Remedy Sites like MamaHerb.com and AOR.