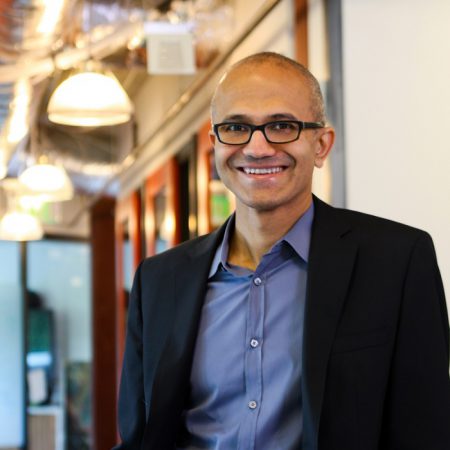 Nadella is replacing current CEO Steve Ballmer, who declared in August 2013 that he is leaving Microsoft in 12 months. In his earlier role, Nadella was an executive in charge of the company’s fastest-growing software delivery and services over the Internet.

Born in Hyderabad, India, in 1967, Satya Nadella completed his Bachelor’s in electrical engineering from Mangalore University, Masters in computer science (University of Wisconsin) and an MBA from the University of Chicago. He is a US citizen and led Microsoft’s cloud computing offerings.

After Gates and Ballmer, Nadella is the third leader of Microsoft in its 38-year history. He has been working for 22 years for Microsoft and has been an executive in the company’s most-profitable businesses like Office and server tools, Microsoft’s Cloud and Enterprise group. Although his group is a small part of Microsoft’s current business, it has been growing strongly.

In a statement Gates said that Nadella is a proven leader and his vision for technology is exactly what Microsoft for product innovation and growth. After the announcement, Microsoft shares rose 15 cents to $36.63 in Tuesday morning trading.

Amazon to invest $2 billion in India

Satyajit Ray’s posters used in the fight against COVID-19

Cryptocurrency investors face $830 billion loss due to the crash

Key Features of a Successful Home-Based Business
About Manoj Nair 117 Articles
For Manoj, writing has been his first hobby, and after completing his domestic duties, he has plunged into his first love, writing. He is associated with writing for different news sites, like Blasting News, PanAsiabiz, and Herbal Remedy Sites like MamaHerb.com and AOR.