H-1B is a visa in the United States that allows employers to temporarily employ foreign workers in speciality occupations.

Due to the increase in demand for technology talent, the US issued a higher number of H-1B visas this year. There is a surge in the number of approval rates of H-1B visas in Biden’s administration. Joe Biden was seeking more skilled workers from countries like India to employ foreign workers. But in order to expand the workforce, he had to face criticism from his opponents because they thought that Biden was overlooking US talent. 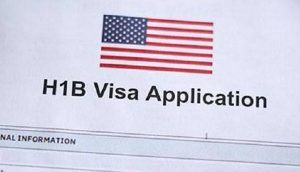 Multiple reasons for the surge of approval rates

Nandini Nair, the partner at Greenspoon Marder, said that there are multiple reasons for the higher rate of approvals. Also, the procedure for legal immigration has gotten better in the past six months. At first, the proposal of increment in H-1B visas was rejected but, then the Business groups view the proposal as a way to increase the supply of coders and other skilled tech workers for U.S. companies without raising limits on programs. She also said that the registration system should be modified or revised to give opportunities to other people who, for some reason, could not be able to apply for the visa. She emphasized eliminating the lottery system from the US as it would be helpful for them.

H-1B is a visa in the United States that allows employers to temporarily employ foreign workers in speciality occupations. The US administration provides visas to their different companies. And then those companies issue H-1B visas to employees who want to work in a US Company.

Each year, the US issues around 65,000 fresh H-1B visas and 20,000 visas for those that hold masters degrees within the US. Applicants must hold a bachelors or Masters degree and should have 12 years of work experience. The ratio of Indian and Chinese employees to use H-1B visas is higher than in other countries. The applicant has to give an interview to get the visa in his hand. There should be an employer-employee relationship.

< Previous Article
What are your plans to stop the Taliban from acquiring nuclear weapons: US lawmakers to Biden
Next Article >
US Marks 20 Years Of 9/11 Attack, Tributes Pour
About the Author
Bhavna Raikhola