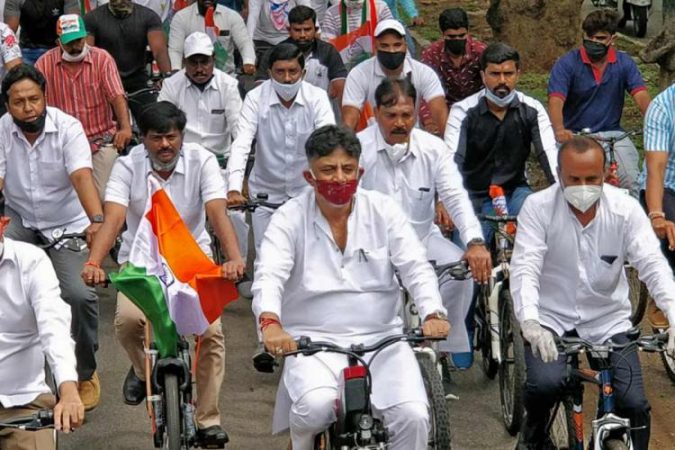 Bangalore: The Congress leaders in Karnataka protested against the central government’s continuous fuel price hike and the consequent increase in commodity prices.

KPCC president D K Shivakumar, leader of the Opposition Siddaramaiah, and other Congress leaders took out a cycle jatha from the KPCC office on Queens Road to the Vidhana Soudha.

The Police stopped the rally and put barricades around the Vidhana Soudha to prevent any untoward incidents.

Member of the Methodist Council, U.B. Former ministers and legislators, including Venkatesh and Govindaraju, were present at the jatha.

There has been a significant increase in petrol and diesel prices across the country and the Congress is protesting asking the BJP government in the center to justify the price rise. Around 22 times the price was hiked in a month taking the petrol price per liter to 108 Rs in some states.

Cycle rallies in other states