Actress Fann Wong and hubby Christopher Lee are having a baby. The 43 year old actress has confirmed that she is pregnant via a Facebook fan page post. 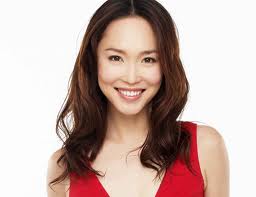 According to Asia One News on February 4, she posted that “”Yes, we’re having a baby! Can’t wait to see our little new bundle of joy!”

Going further, her Malaysian born actor husband also met the Taiwan media to announce that wife Wong is three months pregnant. He added that they were waiting for long for this news.

Earlier, on Tuesday, the administrator on Fann Wong’s Facebook fan page had posted a photo of the couple, which was captioned thus: “It’s confirmed! Congratulations Mr & Mrs Lee”.

It is said that Wong’s official Facebook page is managed by Fann herself, and her official fan club, the Fannatic Fan Club (FFC).

The couple have been married for 5 years. Since then there have been rumors that she is pregnant, which all turned to be false. Now with the confirmation coming about, it is celebration time for the actor couple’s fans.

HTC to bring Connected and Entertainment Devices in 2015

Chandra scientists find the first possible planet outside of our galaxy!
About Sanjeev Ramachandran 147 Articles
Sanjeev Ramachandran has found ultimate joy all through his 23-year-long journalism career by writing for national and international newspapers, websites and blogs. From technology to politics to sports to entertainment, he has been able to express ideas and pen opinion pieces on whatever triggers his interest. Currently at the helm of his own content and public relations company, called Siyahi – The Content & PR People, he makes sure that he doesn’t always let administrative tasks take over his writing space.