IPL team Rajasthan Royals announced on Monday that Australian cricketer, Shane Watson will lead the team in the seventh edition of the Indian Premier League. 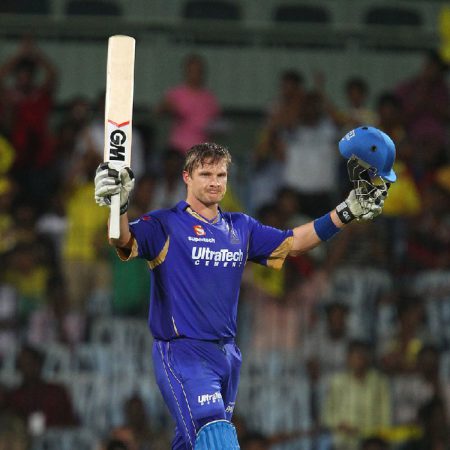 Since its inaugural in 2008, Watson has been a part of the Royals. Indian cricketer Rahul Dravid, who has retired from cricket in 2013, will be mentoring the Royals team.

Watson had played in 2008 under Shane Warne and helped Rajasthan Royals win the IPL trophy in its first season. He displayed his all-round skills and won the Player-of-the-Tournament title.

Dravid who also lead the Rajasthan team formerly said that he would like to congratulate Shane Watson. He termed Watson as one of best allrounders in the world and a leader par excellence. He wished Rajasthan team to thrive under Watson’s inspiring leadership.

Meanwhile the captain Watson said that Rajasthan Royals is an extraordinary team and he is honored at the amazing opportunity. He hoped to live up to the confidence shown and play an exciting season of cricket. He thanked fans for voting and choosing him online.

Watson wants to repeat the 2008 IPL success and aims to maintain the winning momentum. He mentioned that last season they were quite close to that and he is confident of doing it again.

Along with Watson, season 7 of IPL will see Ajinkya Rahane, Stuart Binny, James Faulkner and Sanju Samson playing for Rajasthan.

IPL 7 first few matches to be held in UAE