After a fairly prosperous opening day at Incheon, Indian athletes have grabbed two Bronze medals on day three of Asian Games 2014 to take the total medal tally to 6.

Indian icon Dipika Pallikal settled for the number three spot in the semis.

Heena Siddhu, Rahi Sarnobat and Anisa Sayyed made the first contribution of the day by finishing third in the women’s 25m pistol event. Later during the day, Dipika Pallikal lost the semis 11-4, 11-4 to World No.1 Nicol David in women’s singles squash.

Dipika was awarded with the bronze taking the bronze medal tally of the nation to five and the total to six. 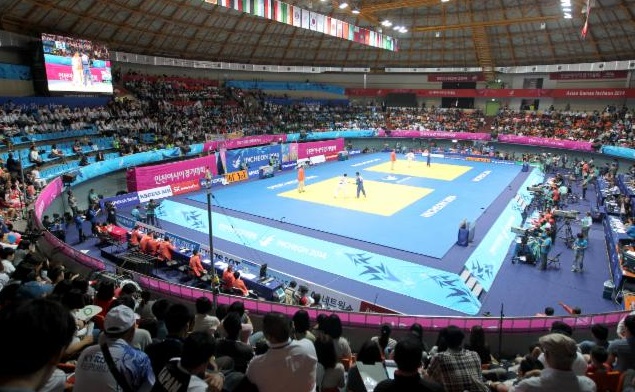 But it was not all glory for the shooting stars as Ayonika Paul got eliminated from 10m Air Rifle Women’s Finals after finishing in the sixth position. Rahi Sarnobat also failed to progress after finishing 7th in the 25m Pistol Women’s semis.

Expectations for the nation in increasing the tally were high when Rajwinder Kaur encountered Javzmaa Odkhuu of Mongolia in Women’s +78 kg Judo quarterfinal.

However it didn’t went good for the CWG medalist as she lost to her opponent, but qualified for the repechage in Women’s 78 KG category where she would be facing Kyrgyzstan’s Nagira Sarbashova.

The gymnastic women’s team final would be contested by Dipa Karmakar which is to start in the afternoon.

Indian women’s hockey team would also be getting on to the turf for the Pool A match against Thailand starting at 1:30 PM while at the same time would be taking place the first round match of the men’s football team against Jordan.