With a dip in the market share already showing, it won’t be much of a surprise when Samsung plans to bring on fresher devices.

With recent rumors of their first Tizen smartphone incoming, Samsung has now officially launched the Galaxy Grand Prime in the Indian markets for Rs 15,499. 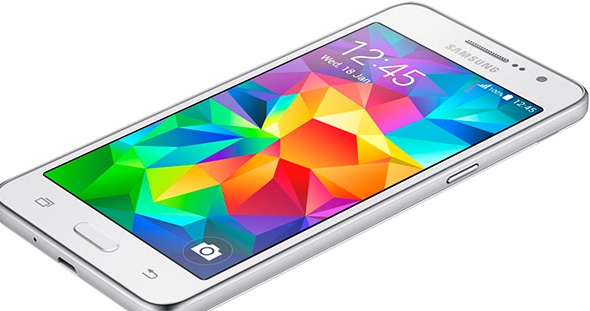 The price tag takes the phone to the mid-level terrain in smartphone section. Galaxy Grand series have been standing as the bridge between the flagship phones and entry-mid level phones.

Galaxy Grand Prime could be seen as somewhat covering the first few spans of the bridge. The Galaxy Grand Prime is a selfie-centric phone and probably one among the few in the Indian markets by Samsung. Check out the full specifications here.

The camera front has a 5MP front facing camera and is accompanied by an 8MP rear camera with LED flash, capable of recording Full HD video.

The front cam also brags a wide angle feature that suits capture of group images.
A 5 inch capacitive touch screen that packs a qHD display resolution of 960 x 540 pixels is part of the device.

The hardware is powered by a Snapdragon 400 chipset with a 1.2 GHz quad-core processor. 1GB RAM has been loaded for into the device with an internal storage capacity of 8GB.

Memory is further expandable up to 64 GB by means of a micro SD card. Power requirements are complied by the 2600 mAh battery.

The dual-SIM phone runs Android 4.4 KitKat OS, which sure can be rumored to have the Android L update once it is out.

Galaxy Grand Prime would be rolled out in two colors; White and Grey. Asim Warsi, Vice President of Samsung India Marketing believes the new smartphone to strengthen the Grand series that brings premium smartphone experience with the enhancement of multitasking features.

Xiaomi Mi Note vs Apple iPhone 6 vs Samsung Note 4: Price and features
About Sanjeev Ramachandran 147 Articles
Sanjeev Ramachandran has found ultimate joy all through his 23-year-long journalism career by writing for national and international newspapers, websites and blogs. From technology to politics to sports to entertainment, he has been able to express ideas and pen opinion pieces on whatever triggers his interest. Currently at the helm of his own content and public relations company, called Siyahi – The Content & PR People, he makes sure that he doesn’t always let administrative tasks take over his writing space.