Before the start of the actual ODI series against Sri Lanka, the Indian men who are awaiting a chance to make it big on a larger arena will get a chance to test their skills against an experienced side starting today. 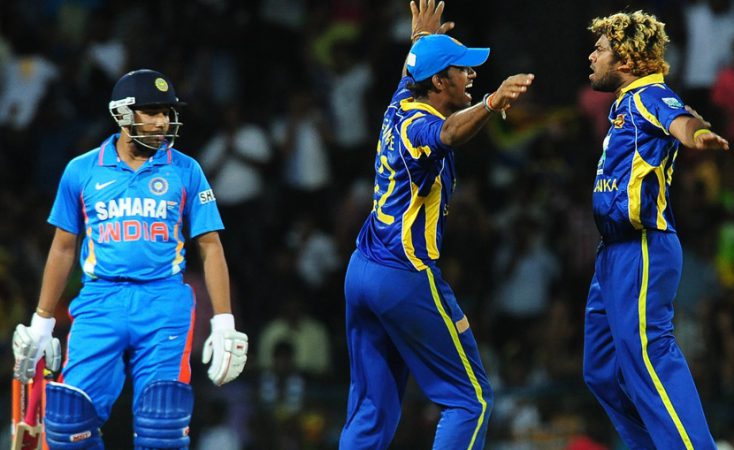 The Sri Lankans will start off their India campaign by lining up against the India A squad at the Brabourne Stadium for their one and only warm up match ahead of the actual series.

Waiting in the wings to prove their potential and capabilities would be many, and the bunch includes Rohit Sharma, who is recovering from a fractured finger and shoulder injury. His opportunity to prove himself fit for the bigger games would be this one.

Besides Sharma, the hard hitting middle order bat  Kedar Jadhav from Maharashtra, Delhi’s Unmukt Chand, Karnataka’s Stuart Binny and Jammu and Kashmir’s Parvez Rasool will all look forward to making an impact in the warm up match.

Follow the Ind A vs SL live score here or here.

The Indian team has been on the hunt for a capable bowling all rounder for long. Binny and Rasool thereby stand the chance to get into the big league if they prove extremely good with the ball as well as the bat.  The selectors have also been keenly observing the duo for quite some time now. 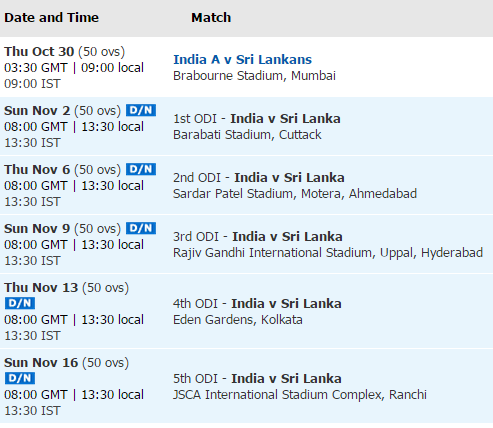 Apart from these payers, the others in the India A side raring to prove their mettle would be Karnataka’s Manish Pandey and UP’s Chinaman bowler Kuldeep Yadav.

The player had earlier been called to play against the West Indies in the T20 and ODIs. In the meanwhile, Mumbai pacer Dhawal Kulkarni, who has come into the national ODI team after Mohamad Shami was injured, will look towards making an impression so that he can stay on.

Sri Lanka, on the other side, would want to start without any hassle as the ODIs came all of a sudden. The five-match ODI series against India will start on November 2 at Cuttack.

Star Sports will be covering the series live in India and will also be live streaming at its official website.

Skipper Angelo Mathews would be hoping to prove his is a better side and for that he would want a drubbing of the India A boys as a prelude to his team’s heroics.