Australia won the toss and have chosen to bat in the first T20 against South Africa being played at the Adelaide Oval on November 5, 2014. 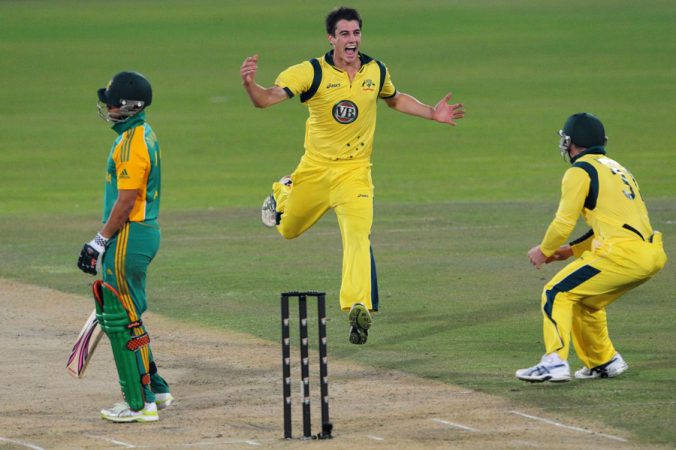 Australia and South Africa are two mighty teams in the World Cricket, and all the matches which are being played between them will result in some sparks and fireworks.

We have witnessed this an umpteen numbers of times in the past, and it includes the legendary run chase of 400+ led by Herschelle Gibbs.

Another mighty battle is just an hour away where Australia will clash against the daring South Africans in the 1st T20 international in Adelaide on Wednesday.

The match will be live telecasted on Star Sports 2, and Star Sports HD 2. Watch the Aus vs SA live streaming online on Star sports website here.

The Australian cricket team is going through the toughest patches of their lifetime, and they are putting up weak performances in a continuous manner.

The performance of the side was below par in the Test series against Pakistan, and they wish to bring back the lost glory in the Twenty Twenty matches.

Australia will be playing with a different side in the Twenty20 match, and they will be including more newbies in the team line up.

These new hunks will be trying to portray their best to fix a place in the line up, and it may strengthen the Australian side beyond imagination. Ben Dunk and Nathan Reardon will make their debut through this match.

South African line up will be also a little different in this T 20 match. The team has rested big names like A B Devilliers, Hashim Amla, Dale Steyn and Morne Morkel, and they have done this to make their team’s power intact in the upcoming One Day Internationals.