Christmas has always been the good luck charm for Aamir Khan. With Mr. Perfectionist pairing up with Rajkumar Hirani this year, things appear to be heading in the right direction. 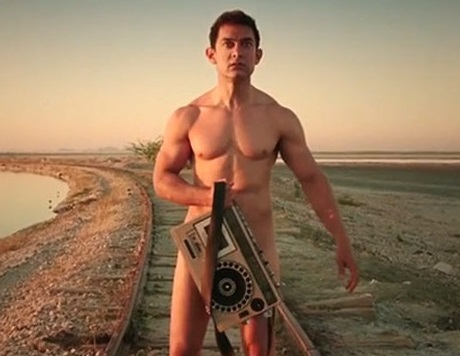 After making a mark on notable invitees at its special screening, “PK” early reports suggest that the duo might be recreating the waves they made with “3 Idiots”.

The movie has released in more than 4000 screens worldwide. The movie also created a hype with the motion poster release and the following teaser trailers, which portrayed the actor almost nude in one of them.

The movie collected around Rs 26.63 crores on the first day at the box-office.

While the trailer assured us of some downright humorous moments throughout the movie, PK ensures that viewers will be taken through junctures where they would be put to smile, cry and most of all, invoke some thoughts in their minds.

Dealing with the topic of God and Godmen, Rajkumar Hirani has charmed his satirical way of presentation to an exquisite level, which sure could be the enlightenment for some present day movie makers.

PK deals with some sensible topics through the humorous side of the leading character portrayed by Aamir Khan.

Curious about PK’s path in dealing with the society, Jaggu (played by Anushka Sharma) joins his journey, as they uncover the mystery hovering around the central character.

The movie also brings up some fine moments with the presence of Boman Irani and Sanjay Dutt, who despite their short presence makes an impact on the viewer’s mind.

Previously described as the toughest role of his life, Aamir Khan has yet again come up with a spell-bounding performance that has given the life to the character of PK.

Being surrounded by the mist of surprises, his character is essentially that would steal your minds.

< Previous Article
Salman Khan out of ‘Bigg Boss 8’, Farah Khan to replace him
Next Article >
Ranbir And Katrina Kaif In ‘Jagga Jasoos’ First Look!
About the Author
Sanjeev Ramachandran