A mentally shattered Indian team will face the mighty Australians in the fifth One Day International at the SCG on Monday, January 26, 2015.

Australia win the toss and elects to field first. Jadeja is in for India.

The final playing XI as below: 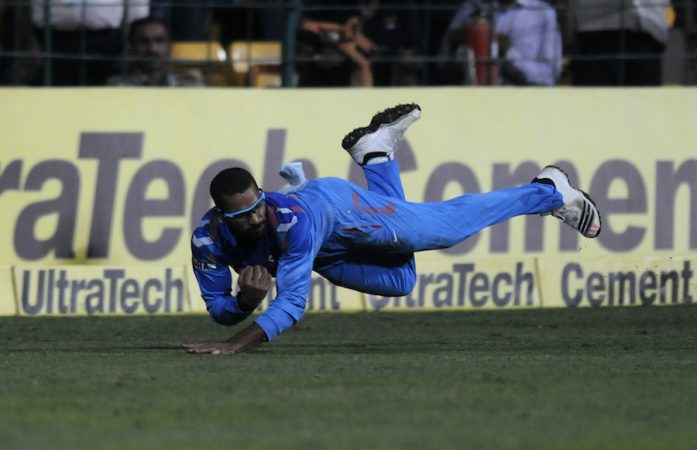 For India, this match is of ‘Do or Die’ in nature, as they lost their first two encounters against England and Aussies in a miserable manner. Follow the India vs Australia match live scores here.

You can also watch the live streaming of the match at the official website of Star Sports here or HERE.

The main problem of Indian team lies in the batting department. Batsmen like Virat Kohli and Ajinkya Rahane were quite successful in the Test matches, but they are failing to replicate the same magic in the ODI tournament.

Shikhar Dhawan is continuously failing in his efforts and he is slowly turning out to be a burden which creates pressure in the whole batting department.

On the other hand, George Bailey is expected to return in the Australian side after a one match ban. The Australian team management may give Steven Smith an other chance to lead the side, as he was proved successful in his first outing as skipper.

Mitchell Starc is Australia’s trump card in the bowling department. The fast bowler has picked a total of 11 wickets in this tournament in an average of 13.18.