This comes as another jolt for an already dejected Pakistani team. The down and out Pakistani squad received a shocker when Junaid Khan was ruled out of the World Cup squad.

The 25 year old was omitted from the Pakistan line up following his failure in the fitness test in Lahore.
Pakistan has earlier been dealt with a big blow when Saeed Ajmal was banned from the international outing citing illegal bowling action. 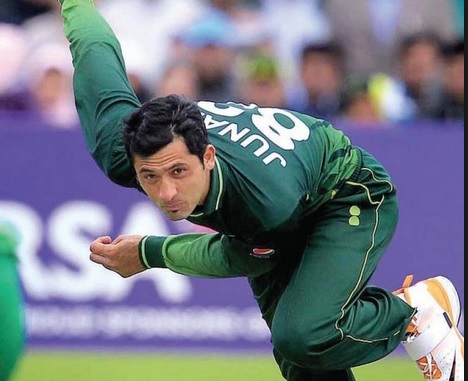 Umar Gul was also later ruled out following a knee injury, making their bowling attack short of experience.
Their bowling department has been visibly suffering a big dent which handed them with series losses in recent outings.

Junaid Khan, the left arm pacer, picked up a fracture in his left knee back in October, following which he missed the entire season starting from their series in UAE to the recently concluded two-match ODI series in New Zealand.

Making his debut against West Indies in 2011, he emerged to be one of the brightest prospects in the Pakistan squad.
Junaid was believed to have picked up a Grade-3 injury, upon which the doctors advised a long term rest.

He went through strenuous recovery training sessions at the Cricket Academy in Lahore and his rehabilitation was believed to be not more than a couple of weeks, in last month.

However his long journey drive to his hometown last month is believed to have made the injury worse.
Pakistan Cricket Board has said that Junaid has failed the test marginally and that he hasn’t recovered sufficiently to be included in the squad.

Junaid has responded by saying his omission as heartbreaking. However, he said that his prayers would be with the squad throughout the campaign.