For the 5th warm match of the ICC Cricket World Cup 2015, it will be Pakistan vs. Bangladesh on February 9, 2015 at Blacktown Oval, Sydney.

Pakistan enters the tournament with the bitter memory of being defeated in a series by New Zealand, and before the main action starts off. 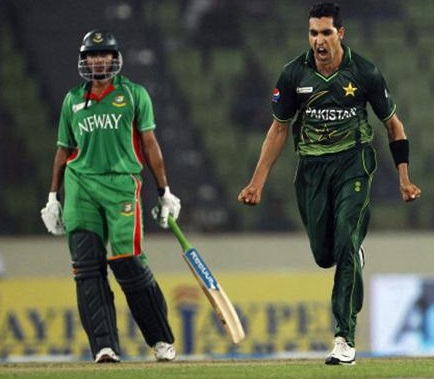 The team also has a few problems to address, including missing opener Mohammad Hafeez and bowler Junaid Khan, which is out owning to an injury. Pakistan’s much action lies on Mohammad Irfan and Wahab Riaz to a good extent.

Other key bowlers of the team, including Sohail Khan and Ehsan Adil have limited experience in the international format. With Hafeez missing, it remains to be seen if Sarfraz Ahmed is promoted to the top.

PTV Sports will be live streaming the matches at its official website http://sports.ptv.com.pk/LiveStreaming.asp.

Bangladesh is expecting a better show this time in the World Cup, especially with the win against Zimbabwe on their home ground.

With losses against Australia, the team has a few reasons to better their performance ahead of the main games.