ICC Cricket World Cup which is touted to be the biggest sporting event in 2015 is just underway. India has won the toss and elected to bat first against Pakistan.

If expectations turn true, then more than a billion people will watch the matches in the tournament. Last Cricket World Cup which was held in India set a new record in terms of viewership, and the same is expected when the mega event reaches the Australian Continent.

Lots of things have changed in the course of four years, and with the introduction of smart phones and high speed internet, a person can watch the game from any place he wish. 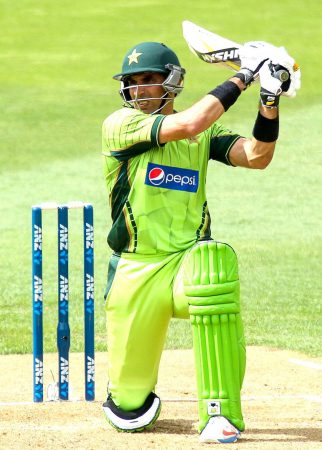 On the other hand, Television channels will be telecasting this tournament in High Definition format. The HD pictures will give that extra feel of the game, and the viewer will even notice the most minute details in the ground.

Star Sports has the rights to telecast matches in India. All the matches will be shown live in Star Sports 1 with English commentary.

If you want to see the match with Hindi commentary, then stay tuned to Star Sports 3. Luckily, DD National is also telecasting the World Cup matches in India.

Internet users can watch the match in Star Sports’s official website. You can even download the Star Sports App which will offer live feed of the matches.

Channel 9 Network and Fox Sports will be telecasting the match in Australia.

PTV Sports and Ten Sports are showing the match live in Pakistan. PTV Sports will also live stream the matches in their official website here.

In United States, ESPN will be telecasting the matches live.