At the end of the second day of the second test, Bangladesh are in a troublesome position of 107/5, and they are now trailing behind 450 runs.

The third day match is quite crucial for the hosts as they badly need 251 runs to avoid follow on.

Shakib Al Hasan is batting for Bangladesh with 14 runs, and here lies all the hopes of Bangla Tigers, Mushfiqur Rahim, one of the king pin players in the Bangaldesh side was dismissed in the penultimate ball of the second day, and this added salt to the already inflicted wound on the hosts.

On the other hand, Pakistan is quite confident of ending this game in style with a win. The first test ended up in a draw, while the One Day International Series and T 20 match went in favor of Bangladesh. 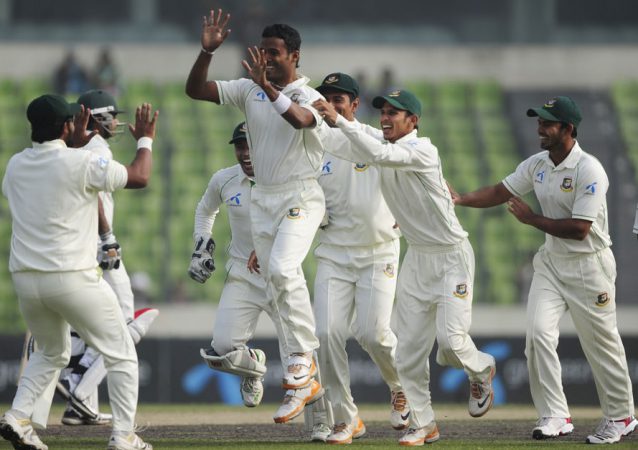 Consecutive losses against Bangladesh has raised huge protests among cricket fans in Pakistan. A win in this match is expected to bring things back on track, and it will also enhance the morale of team members.

Imrul Kayes scored 32 runs for Bangladesh while Mahmadullah made 28. It was Pakistani leg spinner Yasir Shah who captured the hearts of the audience during the post lunch period.