Team India will fight it out against visiting South Africa team as they lock horns in the 3-Match Twenty20 Series for the 1st T20 on October 2, 2015 at Himachal Pradesh Cricket Association Stadium (HPCA) in Dharamsala. The match starts off at 7 pm Local Time.

Keeping the upcoming ICC World Twenty20 next year, India will try and show off its authority in the very first T20 as action unfolds.

Fans can watch the live streaming of Ind vs SA on Star Sports official website. 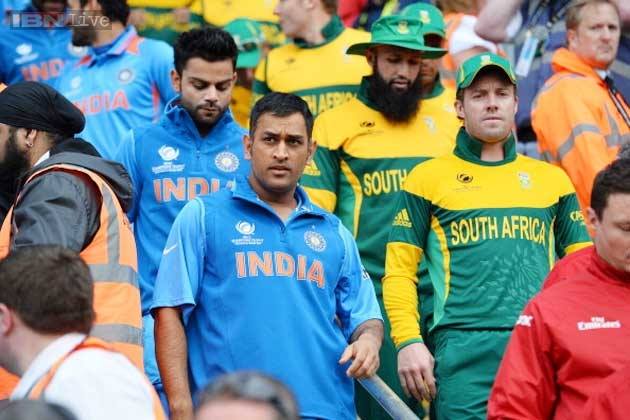 The hosts will have MS Dhoni back, which is a big addition and will boast the confidence of the new players. For Dhoni, this is the perfect time to show off his mettle and prove his worth in limited-overs format.

India’s middle order, particularly the performance of Suresh Raina, Ajinkya Rahane, will matter for the runs as there were a few concerns on that aspect.

The Match will be live on Star Sports in India and Bangladesh. SuperSport will telecast the match in South Africa, while PTV Sports will telecast in Pakistan.

The live streaming online can be watched at the website of Star Sports here. or HERE.

For South Africa, it is likely that their action will depend on players like Faf du Plessis and AB de Villiers. They also have Quinton de Kock, who has played extensively well against India.

On the bowling side, India will have to rely on Ravichandran Ashwin for the maximum action. Also, there’s Bhuvneshwar Kumar, who may make an impact to show off his place in the rankings.

In that department, things are tougher for the visitors as they don’t have Morne Morkel or even Dale Steyn to rely on.

However, with presence of Chris Morris and Kyle Abbott, Indian batsmen will have to take the attack seriously.

It also will be worth seeing how Kohli and Duminy take the serious on their side, given that they are likely looking to up their game on the rankings. Kohli has been rather inconsistent in his play, and this series is the time to better that.

India vs Pakistan T20 World Cup 2021 Highlights video
About Sanjeev Ramachandran 147 Articles
Sanjeev Ramachandran has found ultimate joy all through his 23-year-long journalism career by writing for national and international newspapers, websites and blogs. From technology to politics to sports to entertainment, he has been able to express ideas and pen opinion pieces on whatever triggers his interest. Currently at the helm of his own content and public relations company, called Siyahi – The Content & PR People, he makes sure that he doesn’t always let administrative tasks take over his writing space.