Pakistan wins the toss and bats first in the first Test against England being played at the Sheikh Zayed Stadium, in Abu Dhabi from Oct 13-17, 2015.

Yasir is not included in the playing XI.

Misbah said after the toss, “It’s a test of others in the side to show their character”.

Imran, a seamer replaces Yasir. Cook also would have batted first had he won the toss instead of fielding in the hot and very humid conditions in the UAE. 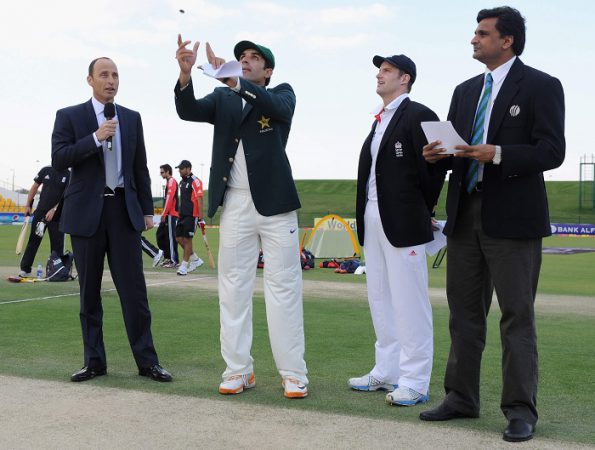 Pakistan has a formidable record at this Abu Dhabi Stadium, they are unbeaten after playing seven Tests. They won four and three were drawn. Can England reverse the trend? They have the force to do so with 5-6 frontline bowlers.

As Alastair Cook puts it across by saying his players wants to play positive cricket. He said: “When you’re forced to play a little bit positively, you can put the pressure back on the opposition.

“That’s the way we want to play – it’s not going to be crash, bang, wallop like it was in the summer, because of the natural pace of the game.”

PTV Sports will live telecast and also be live streaming the Test series in Pakistan. Ten Sports in India and Sky Sports in the U.K will broadcast the series.

The live streaming can also be watched at the official website of Sky Sports, PTV Sports here and Ten Sports here. 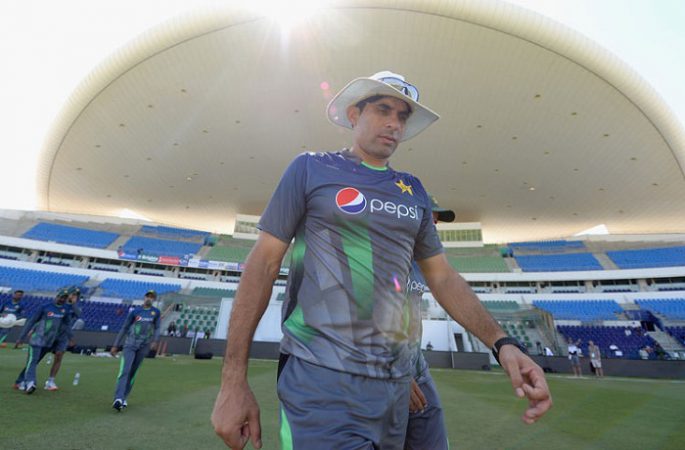 Pakistan vs Sri Lanka 2nd Test Dubai: PTV Sports live cricket streaming info and score
About Manoj Nair 116 Articles
For Manoj, writing has been his first hobby, and after completing his domestic duties, he has plunged into his first love, writing. He is associated with writing for different news sites, like Blasting News, PanAsiabiz, and Herbal Remedy Sites like MamaHerb.com and AOR.