The security personnel were increased at Indian actor Shahrukh Khan’s house ‘Mannat’ in Mumbai on Thursday after his controversial and unnecessary statement on ‘Intolerance’ in India.

25 police were added to the safety of his house which was already guarded by 50 police officers.

Security at his Mumbai residence was tightened in 2010 after the Shiv Sena targeted him after he said that the IPL must have Pakistani cricketers. 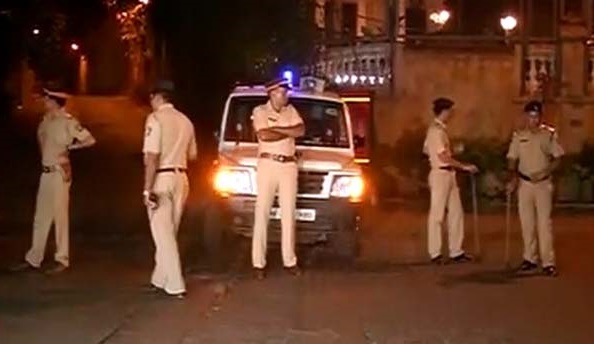 But this time, surprisingly, the Shivsena backed him for his comments.

Shahrukh Khan on his 50th birthday on Nov 2, had said in an interview: “Religious intolerance, or intolerance of any kind, is the worst thing and will take us to the dark ages.

“Nobody has more right to live in this country than me, and I am not going to leave. So shut up.”

Another BJP leader, Kailash Vijayvargiya had tweeted; “Shah Rukh Khan lives in India, but his heart is in Pakistan. His films make crores here, but he finds India intolerant.”

But the BJP leader deleted his tweet after severe criticism from all across India including his party members.

Bigg Boss 7 hot photos from inside the house

The Snazzy Look Of Aryan Khan At KJo’s Party #Aryankhan
About Reeti Garg 60 Articles
Being outstanding in school and college for her academics and sports, little did she know that her passion for writing about unobserved people, stranded things and mysteries of the heart would lead her to become a professional writer later in life! An avid reader and a hardcore movie buff, her favorite past time is listening to music and writing poems. She is a published author and on her way to completing her second book ‘Under the Falling Stars’, a thriller on bisexuality. In this short span of 4 years of being a professional writer, she has been associated with many articles for renowned magazines and newspapers, blogs, short stories and poetries. Names associated with her writing skills are ‘Meri Sajni’, ‘Akinchan Bharat’, ‘Hamara Ghaziabad’, mycity4kids.com. Aspiring to be famous and known as a soulful author one day, she would love to settle someday in the silent disquietedness of London countryside, where she plans to just sip coffee and keep writing trilogies.