Zimbabwe will lock horns with India for the next match of the three-match One-Day International Series at the Harare Sports Club on 13th June 2016.

If India wins the game, it will be the first ODI series win since Dhoni has been at the helm since November 2014. Zimbabwe must get its act fast if it wants to get a chance of winning against a second-rung Indian team without any of the stars like Virat Kohli and Shikhar Dhawan.

The host team is in a bad form in both the formats of cricket. Their performance has been lackluster in the 50 over World Cup and World Twenty20 and losing to a second-grade visiting side will add to their woes. Interim Captain Graeme Cremer will be expecting a much better performance from his team. 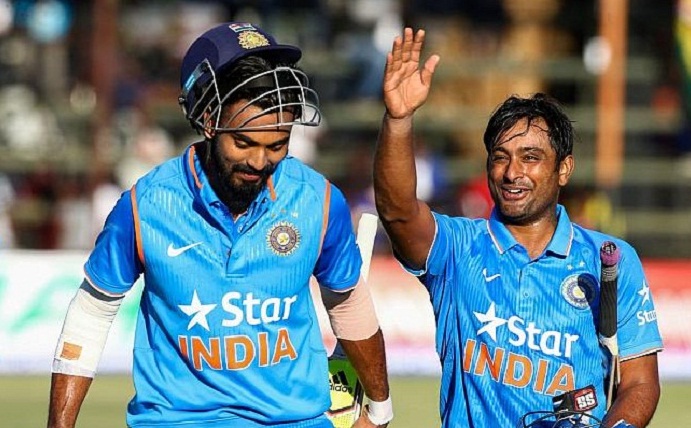 MS Dhoni, who leads the Indian team, is a most experienced player in a team full of newcomers. The opening One Day fixture threw up a new star in the form of KL Rahul, who became the first Indian to score a century on his debut.

The visiting team proved its mettle when it crushed its rival in the opening fixture. On a seam fast pitch, Jasprit Bumrah proved devastating and continued his golden run with figures of 4/28. All the work was done by the young brigade, and Dhoni had nothing more to do than guiding his young wards through.

The India –Zimbabwe match will commence at 12.30 p.m. IST and 8 a.m. BST. The ODI can be viewed live on Star Sports and DD National Channel (Only Indian Matches).

The ODI will be broadcast live on Ten 1 HD and Ten 3 in India. The game can be witnessed on Sky Sports BT Sport and ITV channel in Zimbabwe.

In Australia, the match can be seen on Channel 9 and Fox Sports. The contest can be viewed on BTV in Bangladesh (Bangladesh matches.) Indian viewers can see all games on 2016 Live on TV and Live Stream online on the hot star.

Star Sports live cricket streaming online: India vs SA 1st t20 live scores
About Sanjeev Ramachandran 147 Articles
Sanjeev Ramachandran has found ultimate joy all through his 23-year-long journalism career by writing for national and international newspapers, websites and blogs. From technology to politics to sports to entertainment, he has been able to express ideas and pen opinion pieces on whatever triggers his interest. Currently at the helm of his own content and public relations company, called Siyahi – The Content & PR People, he makes sure that he doesn’t always let administrative tasks take over his writing space.