Start-ups are fast becoming the next big thing for India. Last week Nirmala Sitharaman, the Commerce Minister of India said that India is the youngest start-up nation with 72% of the founders under 35 years of age.

The country has amassed a whopping 4,400 such registered companies so far and is looking at new heights. However, what this does not bring to one’s attention is how diabolically the country has moved on from one form of consumerism to another, without altering its rigid fabric.

With best intentions be it, the current campaigns like “Make in India” and “Digital India” seem to be feeding off this monologs debacle. The future with these plans may seem blurry, but one thing is for sure, the outcome will be along the same lines as what has happened in the past. Let’s have a look how this has been taking a toll on the country. 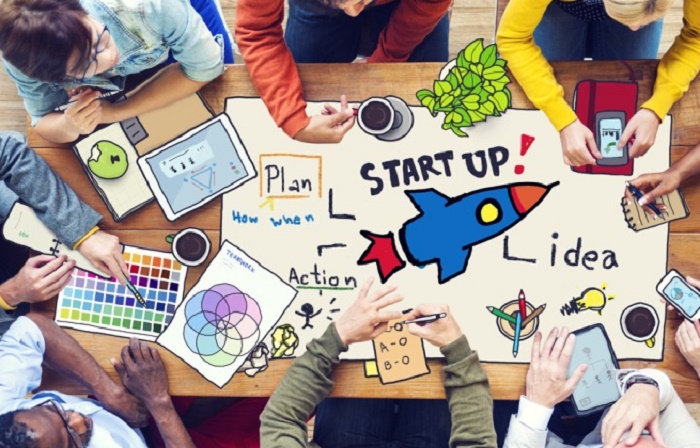 Consumerism lies at the heart of a modern day human existence. This kind of socio-economic order has encouraged individuals to continue purchasing products ever-increasingly.

Life creates its demand. There are extensive bold references to this in real life that people choose to ignore, in expectation of a better future.

Keeping up a social appearance is of paramount importance. All the twenty-somethings tend to spend more than they have. The growing need to keep up with the people they want to be is leading the country into a limbo of failure.

Think about a fresher who has just joined a job and given the “dress for the job you want” speech. They aspire so that they will do. Consumerism has a very mistaken identity among the masses.

The easy of business:

It is not only about buying things that cost more money than you have, but it is also about believing that you need the things that you can’t afford so that you can provide them later.

Guess what happens when you get there! There’s something else that you fancy, something more expensive. I’m not happy with my Nike shoes. Maybe I should try the limited edition ones. My boss wears it to the clubhouse gym.’

An average middle-class MBA in India spends nearly 3-4 years repaying their student loan. There is a huge culture of engineering students, altering career paths and taking a loan to pursue their MBA, some even after having decent jobs.

Some do it because they’re not satisfied with what they do. Maybe engineering is not as fun as it was meant to be. Maybe they couldn’t make their parents happy because ‘Sharma Ji ka beta’ is earning more money or got an MBA.

What has gone wrong here?

The student and the parents have ended up paying for something that they don’t necessarily like, with not just money, but also the time they don’t have, to impress people who they (again) don’t like (credit: Fight Club). ‘Sharma Ji ka beta’ is then succeeded by ‘Pandey Ji ka beta’ and then so on.

Why has this happened? MBA wasn’t needed for Dhirubhai Ambani to start his business worth billions by the time of his death, why does someone working there need it? A particular skill education may be needed for a specific job, but why is an MBA necessary. This creates a core capitalistic money-grubbing industry of an MBA education system.

The film ‘Fight Club’ is a perfect example of how consumerism has taken over the society so much that it is nearly impossible for an individual to overcome it. Conflicted with a desire to stay in that condition or to overcome it, the unnamed character of Edward Norton becomes a schizophrenic.

His alter-ego, Tyler Durden, ultimately does convince him into anti-consumerism. But when realizes that he had developed a mental sickness, he is forced to shoot himself to get rid of Tyler.

The film leaves us in ambiguity if the surprisingly alive Ed Norton’s character, goes back to living the life a consumerism inflicted person, but it wouldn’t be difficult to imagine that. Such is the power of the vacuum created by it.

The concept of urban poor has started to make more and more sense lately. The population of broke twenty-something individuals who prefer to enjoy their coffee at Starbucks, rather than at home is rather astounding.

Why is there such an urge to create a false image? A Sarojini Nagar market bag will fulfill the same purpose as a Gucci bag, but ït won’t look nice if I carry it to my boss’ party”. “I need to spend money at Hyatt, to the network. So, I’ll just skip a meal or two, for the next couple of days.”

The entire theory of ‘Globalisation’ has evolved to revolve around consumerism, and hence has rightly been re-termed as ‘McDonaldisation’. Food for thought!

TechGlare Deals Offers Clutter-free Online Shopping, Does Away With Irksome Ads
About Nitish shaw 60 Articles
An aspiring novelist and a random blogger, Nitish is also a porky-mouthed banter specialist when it comes to football (soccer), films, TV Series, History and socio-economic issues. He travels, indulges in music and plays outdoor sports to get his creative juices flowing. “There’s the scarlet thread of murder running through the colorless skein of life, and our duty is to unravel it, and isolate it, and expose every inch of it.”- Quote this, and you will be his favorite person for at least as long as the two of you can hold up the conversation.